What Is An Adventure Bike?

I was asked a question recently and thought it was worth posting my answer here.

Eric had asked, What’s your take on this whole “big bikes aren’t a real adventure bikes” sort of thing? I understand the smaller bikes roll over the more difficult terrain easier but the benefits of the bigger bikes seem so obvious: range, less fatigue, can carry more than a day’s worth of clothing, etc... Cheers! 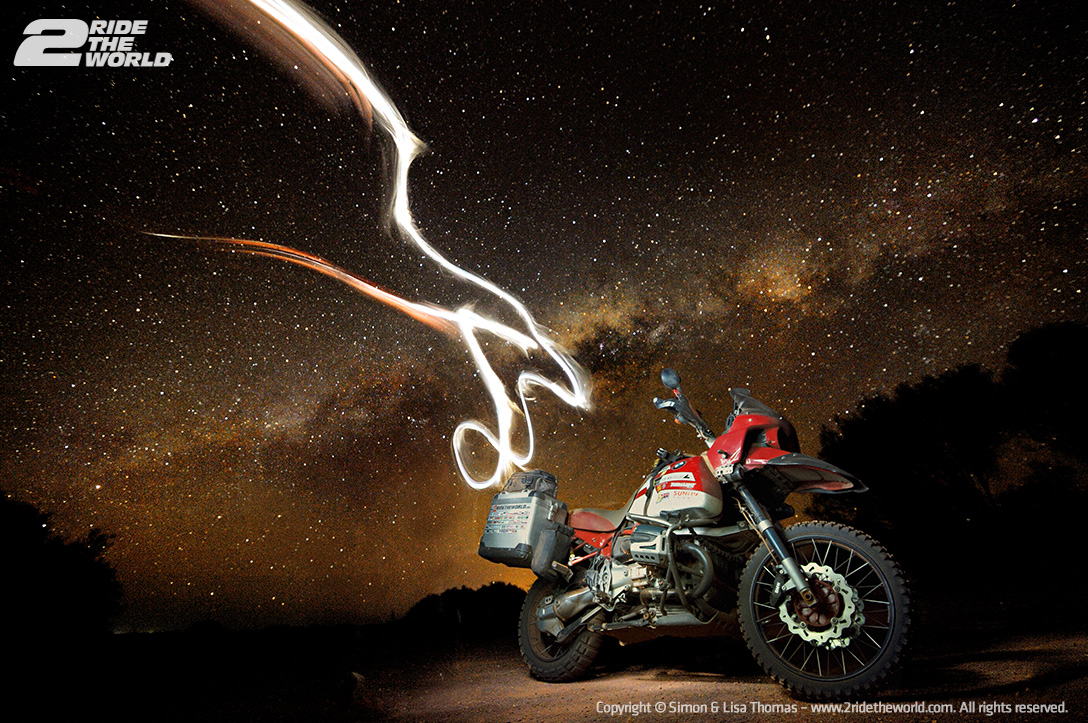 I wrote my answer as follows:

Good question. Although I’m in two minds if any answer is worthwhile. Motorcycles, adventure, excitement, exploring, pick your adjective, they’re all so subjective that there is no one-size fits all.

Lets be honest, the whole argument as to whether a big bike is a real adventure bike is a waste of mental resource. In my opinion there are advantages and disadvantages to both big and small machines. Those virtues will come to the fore based on where and how far the rider rides them.

Asking if a 300kg fully loaded GS is a ‘proper’ adventure bike is like asking a hardened alcoholic who only drinks 80% proof Vodka, whether beer is real alcohol? Of course it is but then again ‘adventure’ means something different to each of us. What Lisa and I now consider to be adventurous, we’d have thought to be totally insane at the beginning of our journey. It all depends on your own boundaries and personal comfort levels. What one person thinks of as ‘pushing the boundaries’ another thinks of as a weekend jolly.

There are no real adventure bikes, only adventurous people, who ride."

I ride a heavy machine, so does Lisa, that doesn’t mean we don’t like or enjoy small bikes?

Emillo Scotto set a world record for riding his bike to every territory of every country in the world over 10 years. He bike was a Honda Goldwing! Does that make his journey a real adventure because of the problems his bike would have offered or a non-adventure because he wasn’t riding a 250 Honda?