With the bikes easily packed we said our farewells to Diego, again trying to convey our true appreciation. We were back on the road heading to Krakow down the E67.

We easily found camping but, after finding the attitude of the management at ‘Camping Korona’ we quickly decided that it was not worth paying £8 a night and so moved on. A little while later we arrived at ‘Camping 171 Krakow’. Close to the heart of the city and with a huge hypermarket a short walk away. GPS: N 50°0’54.84” E 19°55’30.35”

The dark skies and cool weather of the following morning, were a relief. With the tent cool, we laid in until 10am. Our first port of call was the hypermarket for a cheap toasty and, at one of the many bars, we picked up a strong cup of coffee.

We caught the tram at 11:30 am and took the short 20 min ride into the centre of this beautiful city. If any of you reading this fancy a bit of camping in Poland and can fit in visiting Krakow, then camping 171 (the name of our site) is pretty good (GPS -N50°00, E19°55). The site is 2.5 miles from the centre and is only 500 yards from the tram stop. We bought 4 one-fare tickets (two to get in and two for the return) and paid the grand sum of 8.80 Slozts (just over a quid) bargain. If you don’t have your own transport don’t worry the city is well catered for with public transport in the form of trams, buses and trains, all of which seem to be reliable, cheap and on time. Walking down Grodzka Street, we arrived at the main market place (Rynek). 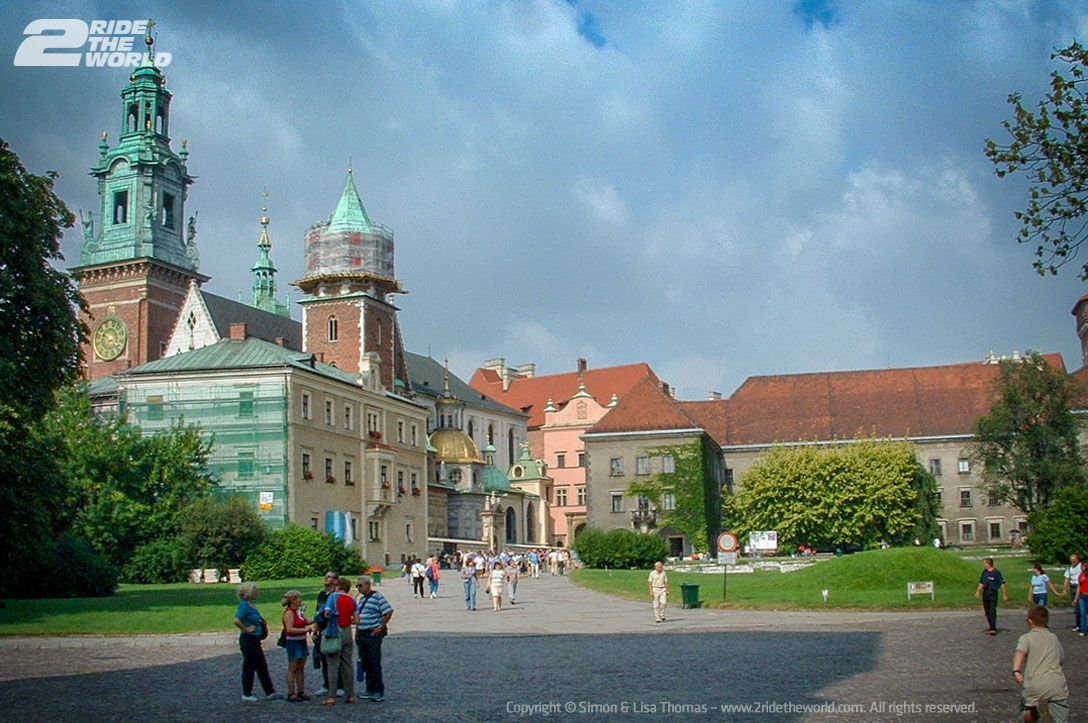 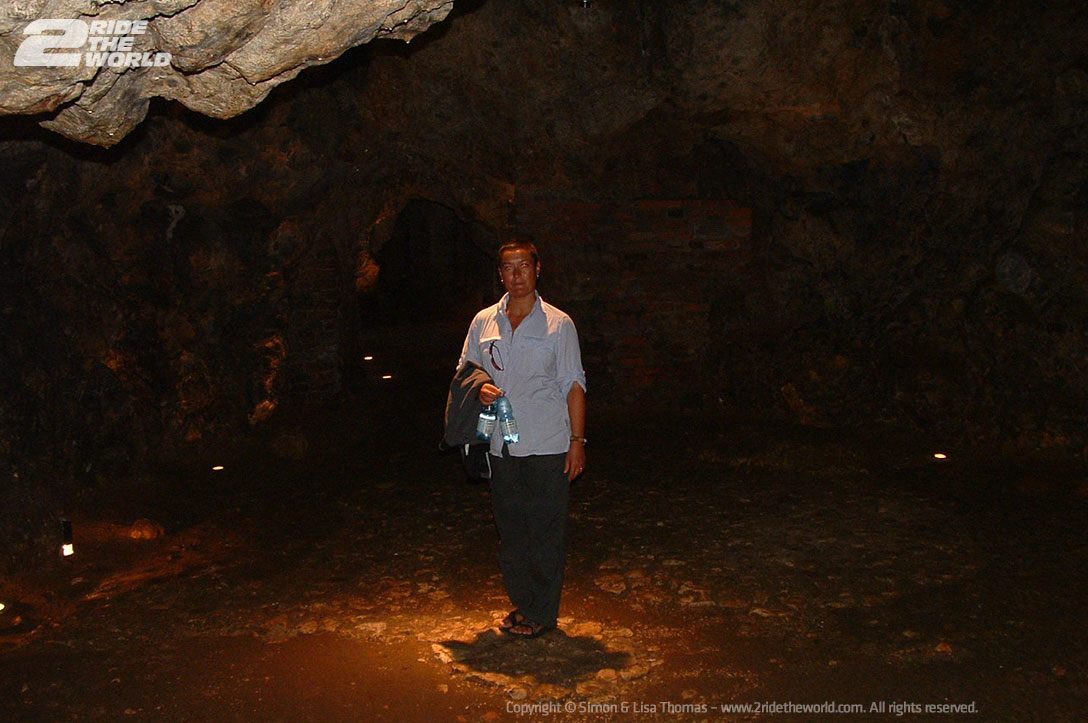 Krakow, at the foot of the Carpathian mountains, is a beautiful city with churches and old town houses lining the medieval streets. There are so many things to see – we spent all day just wandering. Unfortunately we didn’t go inside many of the buildings as most of them charged but after a lot of walking and taking in as much of the cities atmosphere as possible we finished our visit with a walk through the 'dragons lair’. This is a deep cave that lies underneath the magnificent Wawel cathedral and brings you out on the bank of the Vistula river.

After managing to stagger back to the campsite, as all this walking in hot sun is knackering (English slang for really tiring!) we decided that it was easier to go to one of the many cafes in the supermarket area rather than bother to cook! This worked out as much cheaper than buying and cooking – only £5 for the both of us – no washing up either!