Woke up this morning late and managed to crawl out of our bags around 10pm. This was actually our first day when we didn’t have a schedule and didn't have to be somewhere.

Following a quick flick through our tourist information book we grabbed our gear, picked up our camera, jumped on the bikes and were off to the ‘Giants Causeway’.

For a change the day was bright and sunny, we were both in good spirits the bikes felt good and we followed the twisty road up and over the moors and out to the Irish coast through Cushendun and up to Ballycastle.

We stopped at a National Trust site called Carrick-a-Rede & Larrybane, (visit the Northern Ireland National Trust site for more info) which attracts tourists who want to climb across the fisherman’s bridge to the rock outcrop. The outcrop is used by fisherman to cast huge fishing nets, where they catch Salmon in the early stages of the return back inland to breed. The bridge is wire and rope is about 30 ft long and about 150ft high. It swings a lot!!! Not great for someone like me who suffers from vertigo. 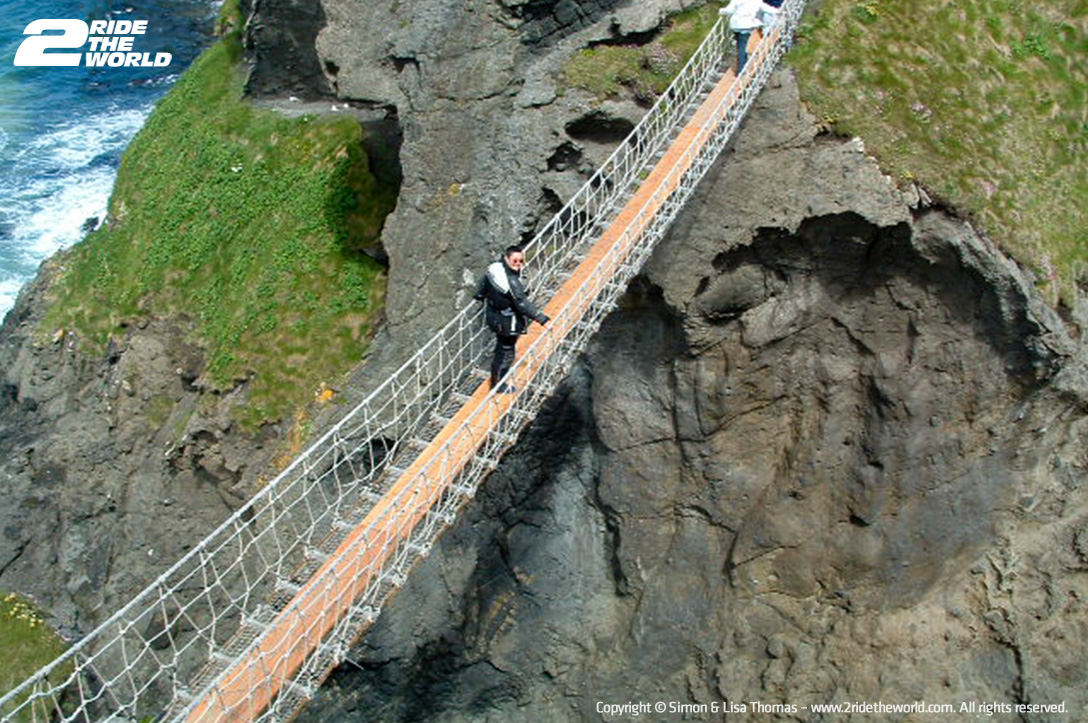 Seeing the thousands of nesting birds was an unexpected treat, and every nook and cranny was fille dwith either Razorbills, Kittiwake, Fulmar and Guillemot.

With our high-wire act completed and with us back on terra-firma we made our way leisurely to Giants Causeway: this is incredilble landscape is a World Heritage site and has to be seen to be believed! 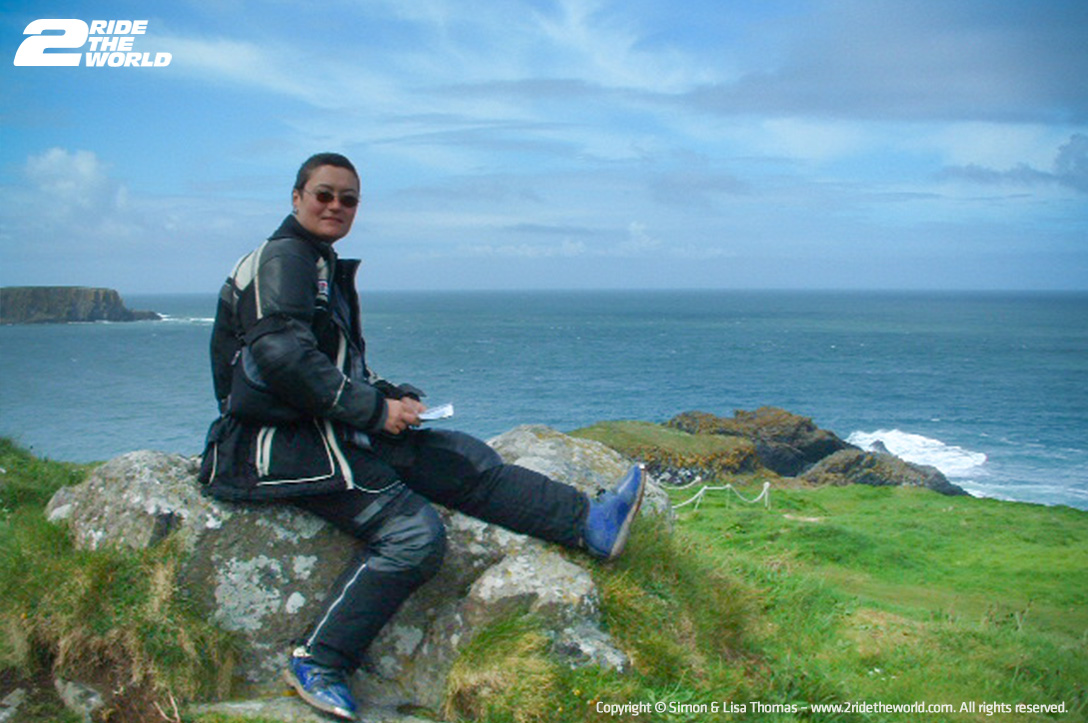 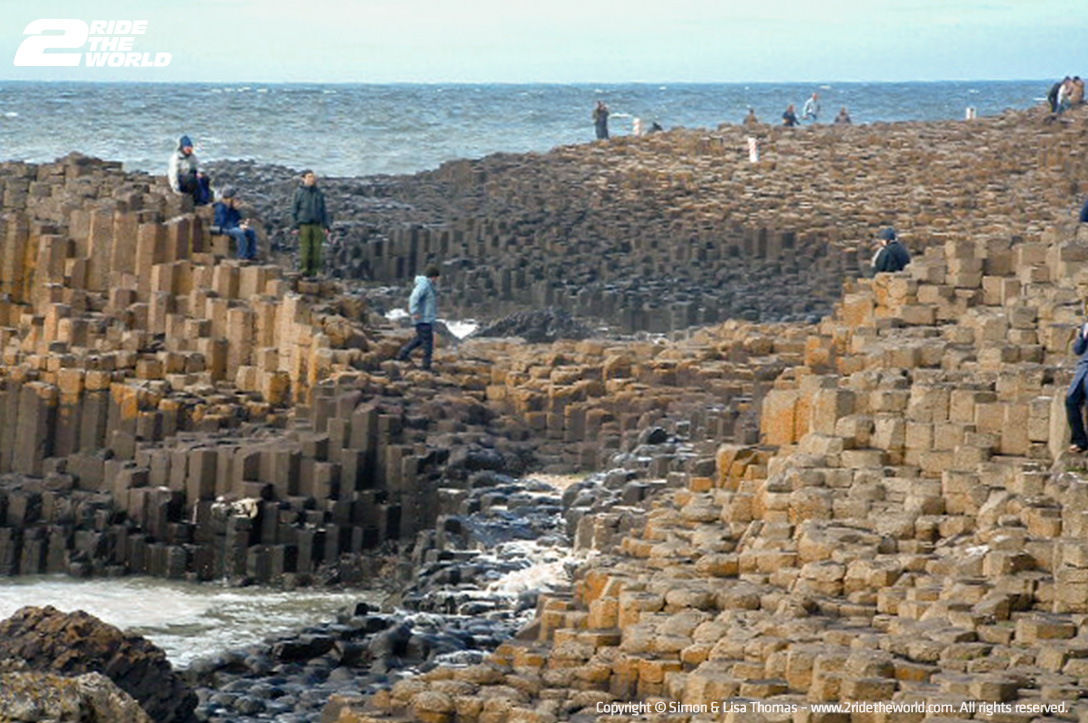 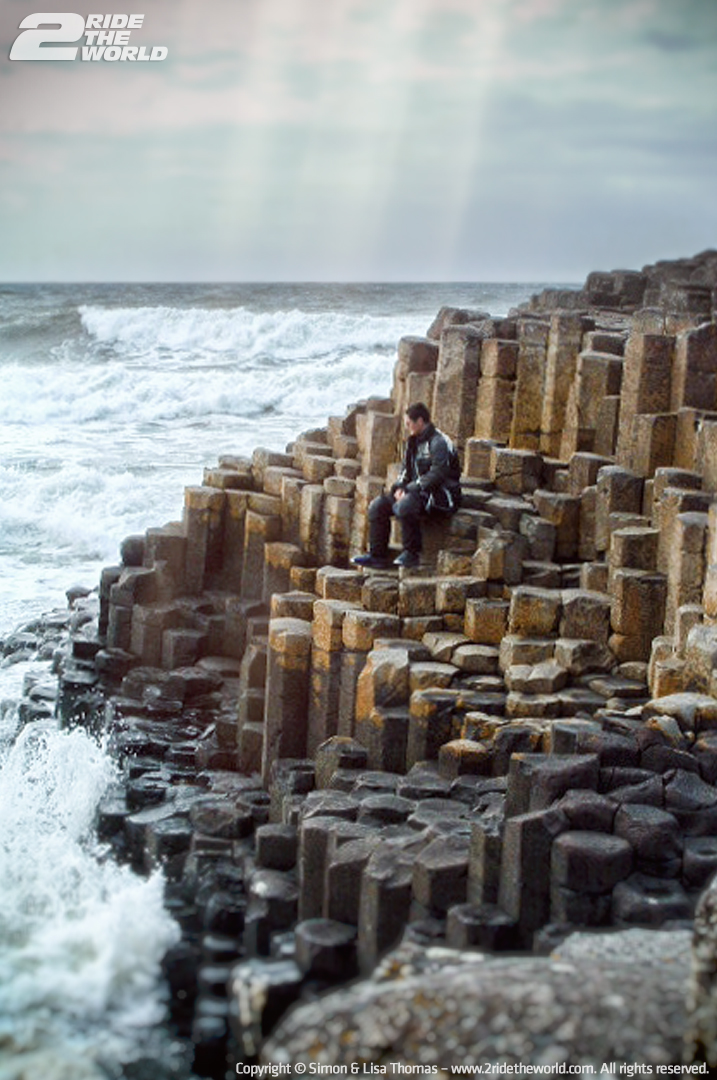 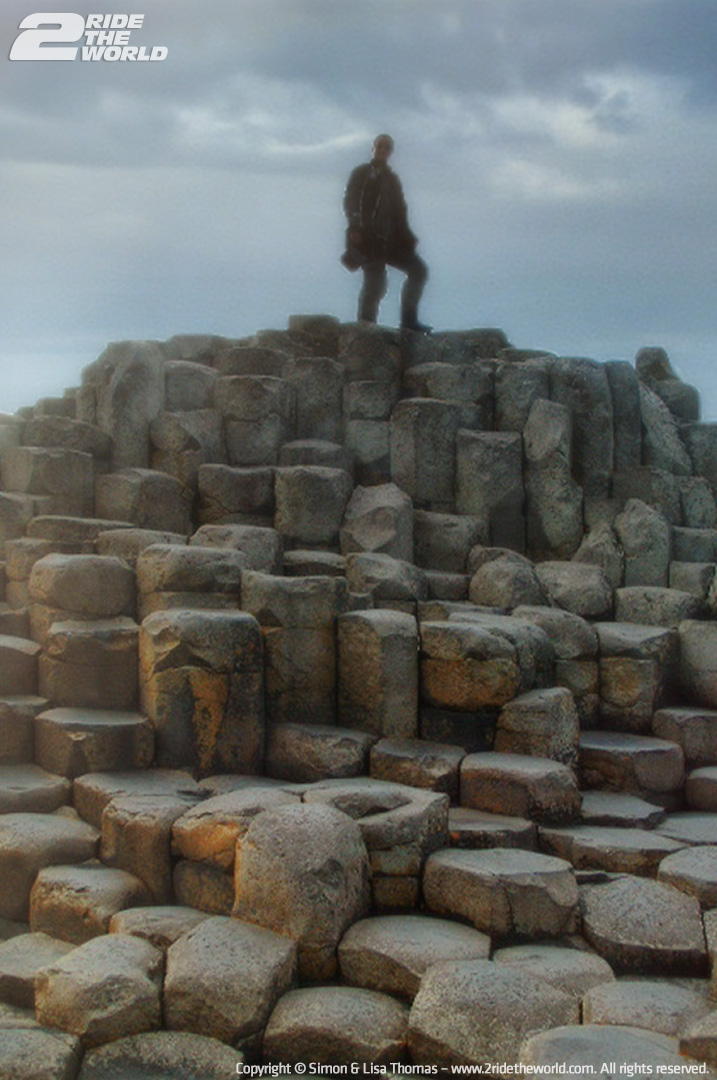 After much heated debate we both decided that the causeway was not natural and was definitely the work of octagonaly obsessed frantic leprechauns. This has of course yet to be proved. There are also rock features associated with the mythological giant that you are told to ‘look out’ for on the Finn MacCool Trail – one of these is The Camel (bloody hell, it really does look like a giant camel!).

With photos grabbed and our riding suits covered in salty brine from the sea wind, we knew it was time to jump back on the bikes and head back to the tent.

It still hasn't really soaked in that we are really on our long imagined trip. It feels...surreal!