Back to Belfast today in order to catch the 12:20 ferry to Stranraer, Scotland. We had a pretty good ferry crossing all apart from getting on and off!

The monkeys that design these ferries have absolutely no idea about motorbikes and seem to place the motorbikes in the most difficult and inaccessible places almost as an afterthought – we’re pretty sure there was a pool being run by the loading bay staff as to how many bikers they could have off in one shift. 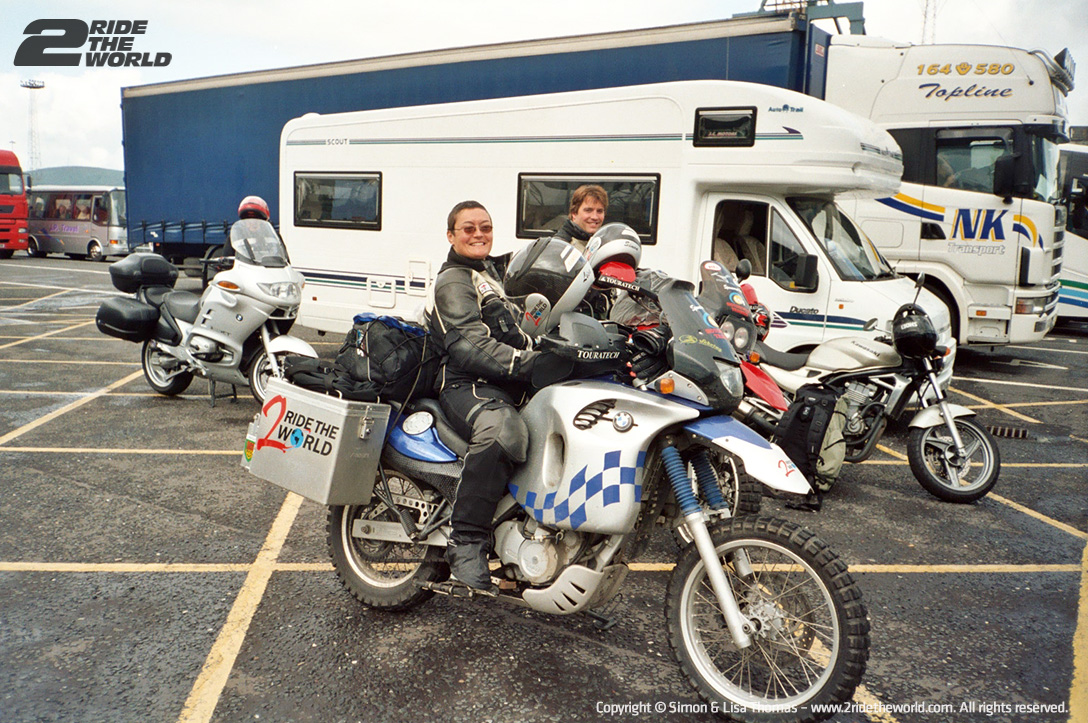 The bay area wasn’t so bad, however, the floor surface was shiny gloss paint, which had just been rinsed down due to an earlier problem with the deck being covered in horseshit from a leaky horsebox...Uuugghh! Anyway that was their story. To make matters worse the floor parking area was lower than the deck by about 4 inches with smoothly painted gradient connecting the two surfaces, wonderful. Like ice skating only with half a ton of motorbike.

We ignored all the directions of staff who had enthusiastically waving us in, and just did the best we could. Three other bikers who were boarding were having the exact same difficulties. Wit the bikes strapped down, we went and grabbed a few comfy chairs to enjoy the short crossing. The weather was looking better as each hour passed.

We arrived in Scotland to glorious weather!! We took the coast road up to Ayre, which is great for motorbikes – we would recommend it be ridden! Arriving at 18:30 at our friends Mike and Clare’s house in Bathgate, just outside Edinburgh, we flopped after frightening (not deliberately!) all their children, Michael, Patrick and Laura. Well, we do like like astronauts. 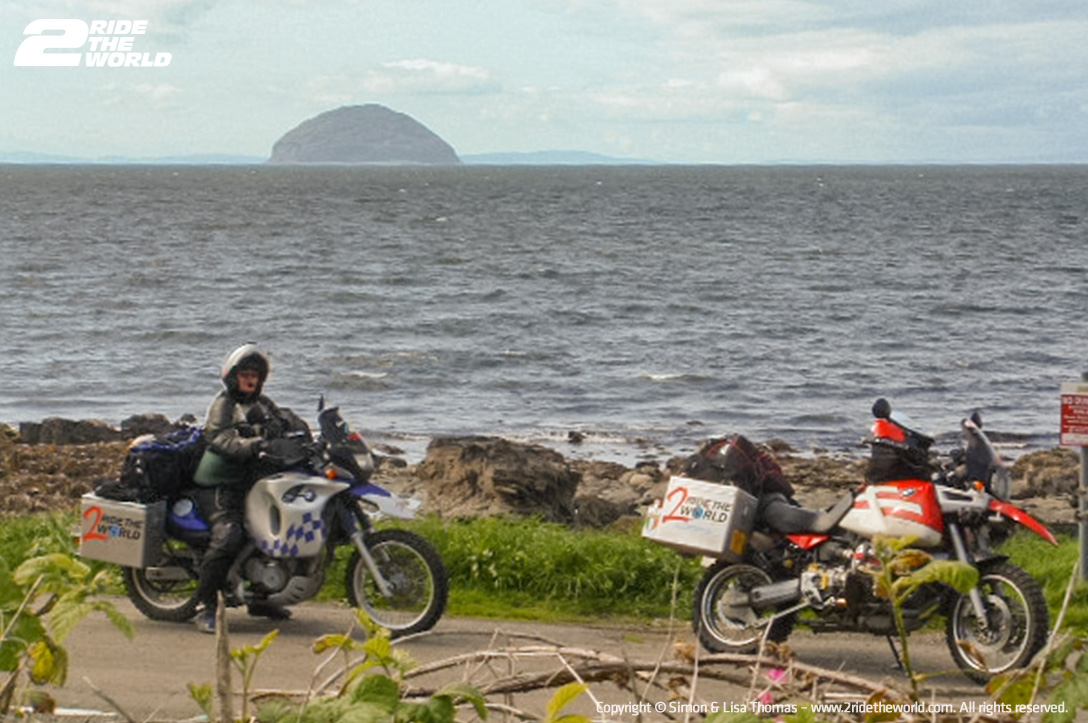 The next few days were spent catching up with e-mails, as we hadn’t yet sorted out our international roaming connection via the mobile – and collecting an assortment of parcels which had been forwarded to Mike and Clare’s – we must thank them again for being our post office! We spent the whole day on 26th with Mike, Clare and children in Edinburgh – which brought back a few memories as we used to live (for a few months) just outside the city in Linlithgow. After a glorious sunny day Mike treated us to the movies!...and more food. The next few days were spent much the same with us using their home as our office, post office, restaurant and hotel – what a great time spent with good friends – thank you both so much! 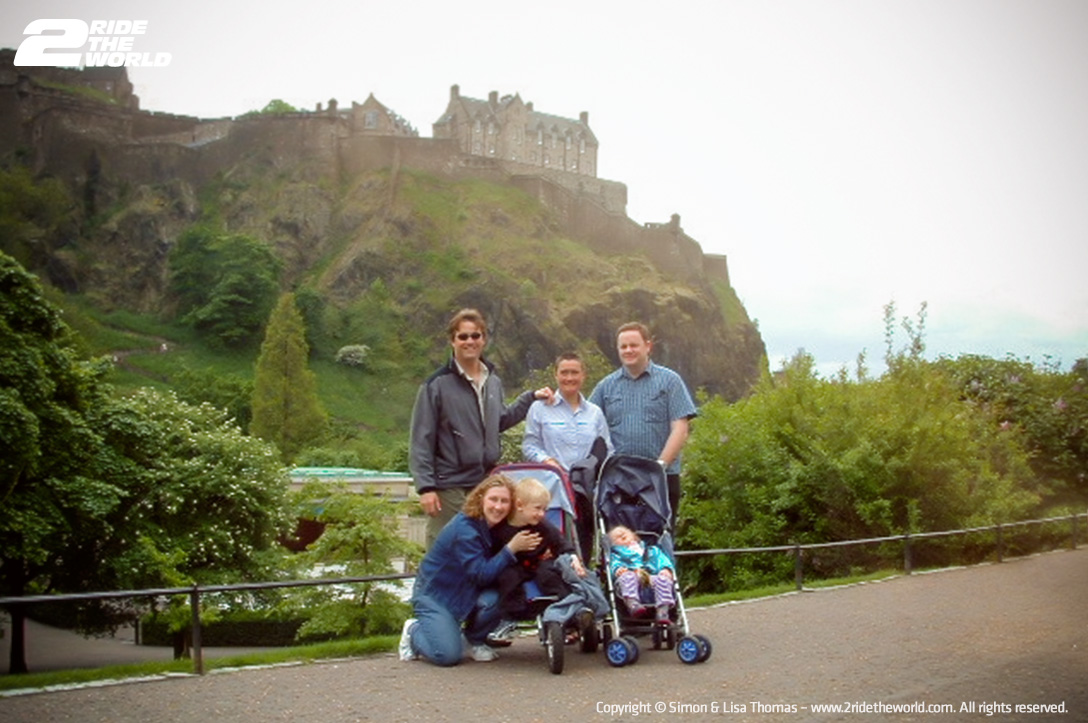