For over two years Simon and I had used and abused Touratech's suspension
on our origianl bikes.They more than proved themsleves and their real-world worth.
Installing the newTouratech Extreme suspension units on our new bikes
was at the top of our to-do list. Lisa Thomas, 2 Ride The World

When you’ve been riding around the world for as long as we have, you realize that of all the possible modifications you can make to your bike, installing quality, re-buildable and serviceable suspension is hands-down one of the most critical! 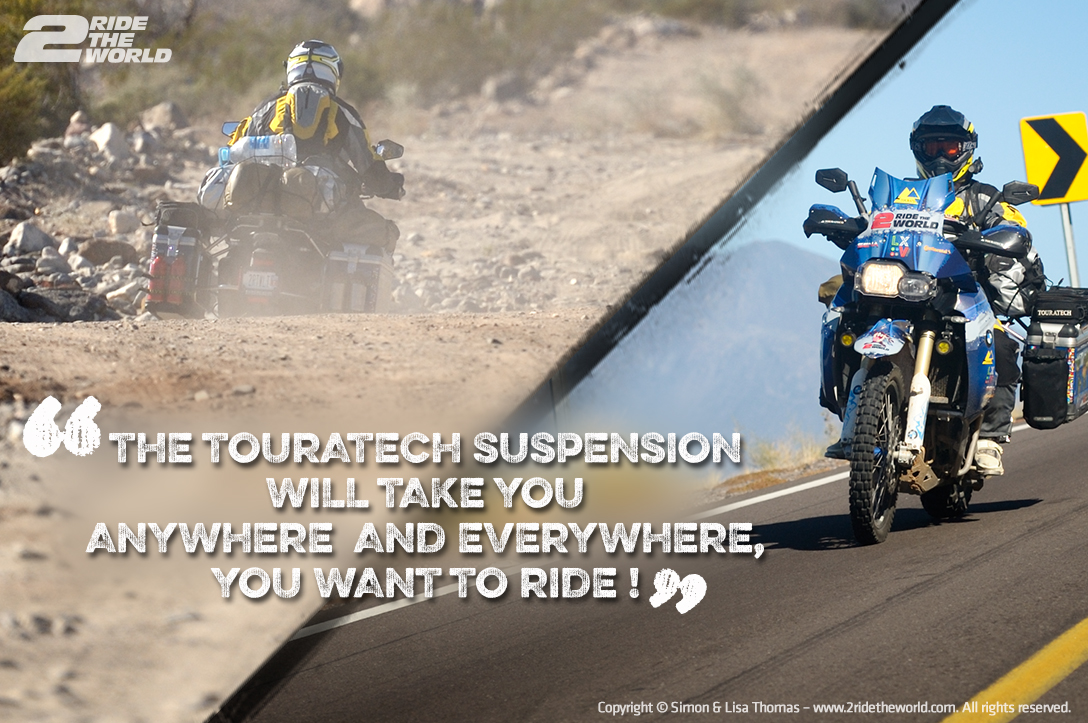 Back in August 2012 our friends at Touratech HQ in Germany offered Simon and I their new suspension. A few weeks later and after some persuasion, I was excitedly installing a new Touratech Explore shock on the rear of my F650GS TT39. That rear suspension unit never let me down and substaintialy improved both the comfort of my ride and how the bike responded to my input. So, when it came time to choose which suspension I wanted to install on my new F800GS it was no-brainer. The 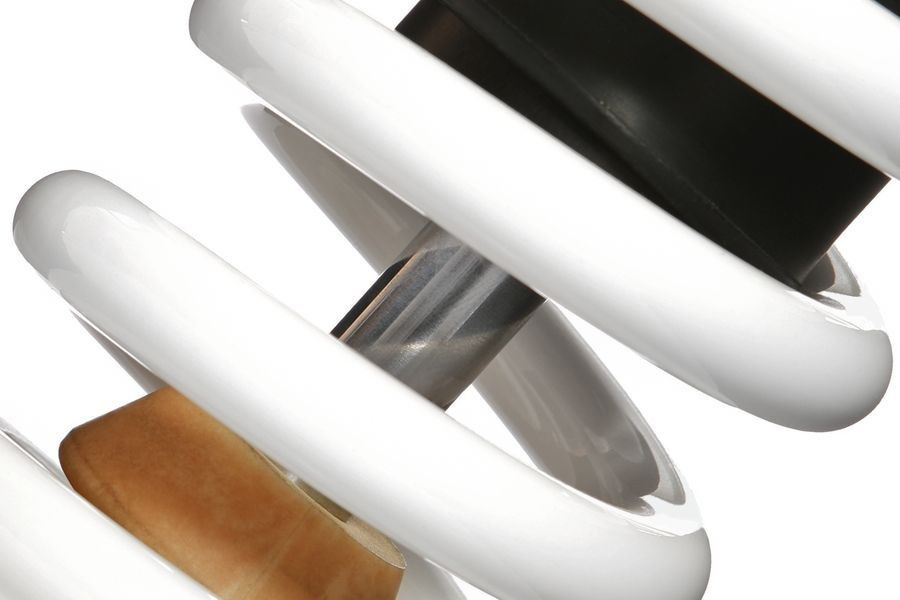 importance of quality suspension cannot be over stated.

The Touratech suspension is unique. The suspension is specifically designed for large capacity, heavier adventure bikes and the components used to construct the units reflect this. A 16mm Chromoly shaft forms the centre of the suspension. Chromoly is stronger than high tensile steel, weight for weight, and is commonly used to make roll cages for race cars and fuselages for aircraft. Need more convincing? The Touratech suspension offers 50% more pre-load than any other suspension currently offered (at time of writing). Almost every adventure rider I know over-loads their bike. Trust me you’ll be glad for the extra pre-load this suspension offers you.

Since January 2016 to April 2016, we’ve ridden across the USA coast-to-coast twice and then headed to Baja to put our new bikes through their off-road paces. A real shake-down. Baja is an off-road nirvana and on the F800GS I rode silt laden river 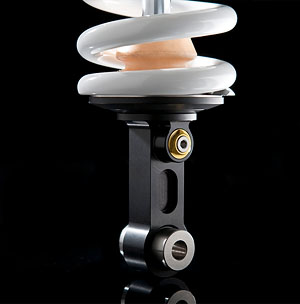 beds (60-miles) steep rock laden gullies, long sand sections, technical slow terrain and fast gravel sections. The suspension performed flawlessly. On at least two clear occasions I was riding terrain that was beyond my skill set and I only survived the step rocky descents because of the Touratech Suspension we’d installed at BMW Motorcycles of Riverside. The Touratech suspension absorbed the heavy hits of the ditches and rocks that I managed to slam into as I hug on for dear life!

Fully loaded and on the highway of the USA, the first thing I noticed with my new Touratech set-up, was how ‘planted’ and secure the F800GS felt. It felt as though I was connected to the road. Leaning hard into the curves at speed, the ‘little’ front-end wobble I’d grown accustomed to with my old suspension was now gone. Any money you spend on your motorcycle should increase your sense of confidence, the Touratech suspension delivers confidence in bucket loads.

With the sag adjusted correctly, (which is easily done with a few turns of the pre-load adjuster) my bike feels ready to tackle anything. Easily adjustable suspension is essential! When dehydrated, exhausted and in the middle of nowhere, the last thing I want is to be fighting my bike.

In April 2016 Simon and I had the chance to lead 9 riders through northern Baja. We all rode our fair share of washboard tracks, you know the kind that rattle you to your bones. I adjusted the rebound dampening with just a few clicks (the adjuster is easily located at the bottom of the shock) and the difference was both instant and exceptional. At 100 kph (60-mph) over badly corrugated sandy terrain, the bike felt smooth and responded precisely to input via both the foot-pegs and handlebars. 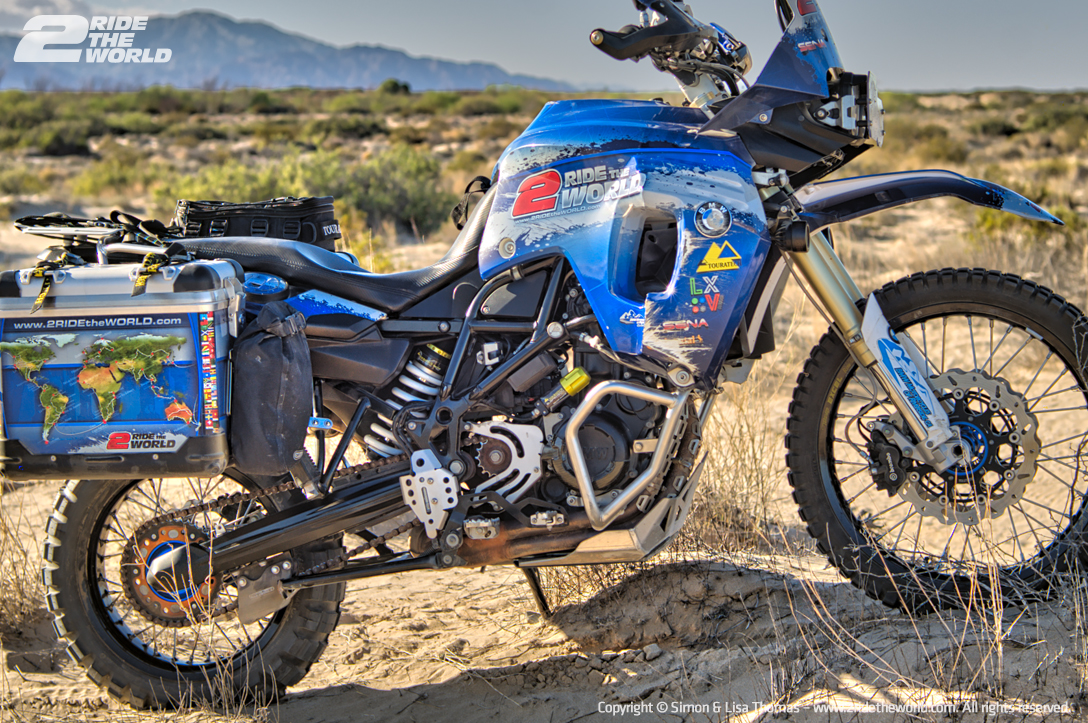 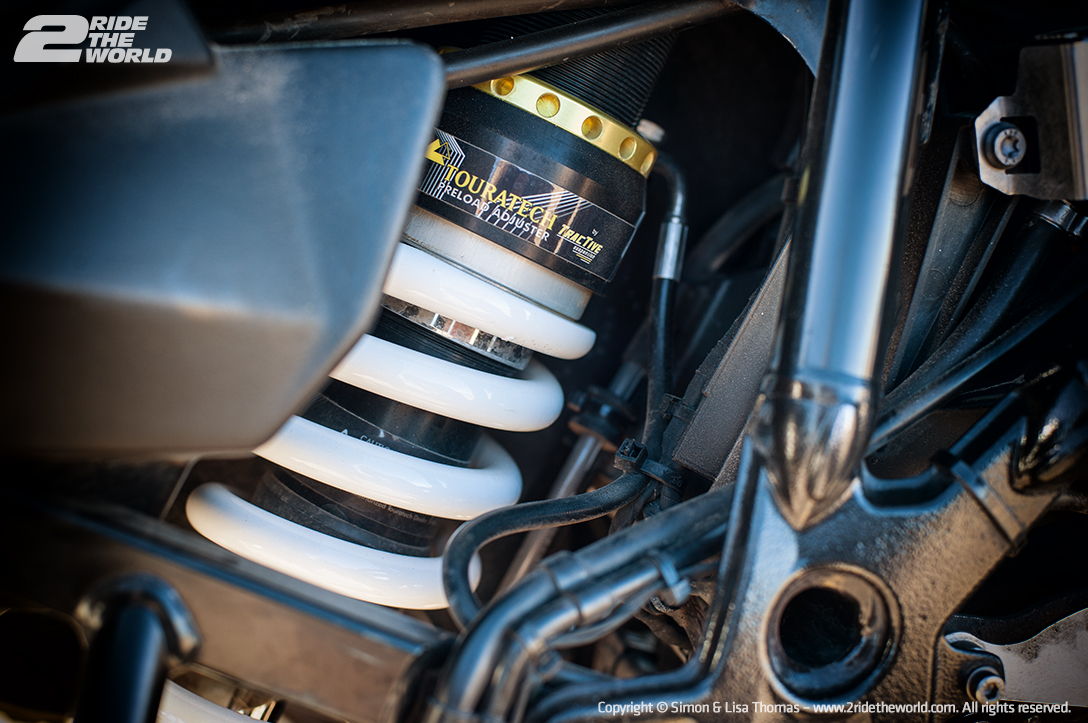 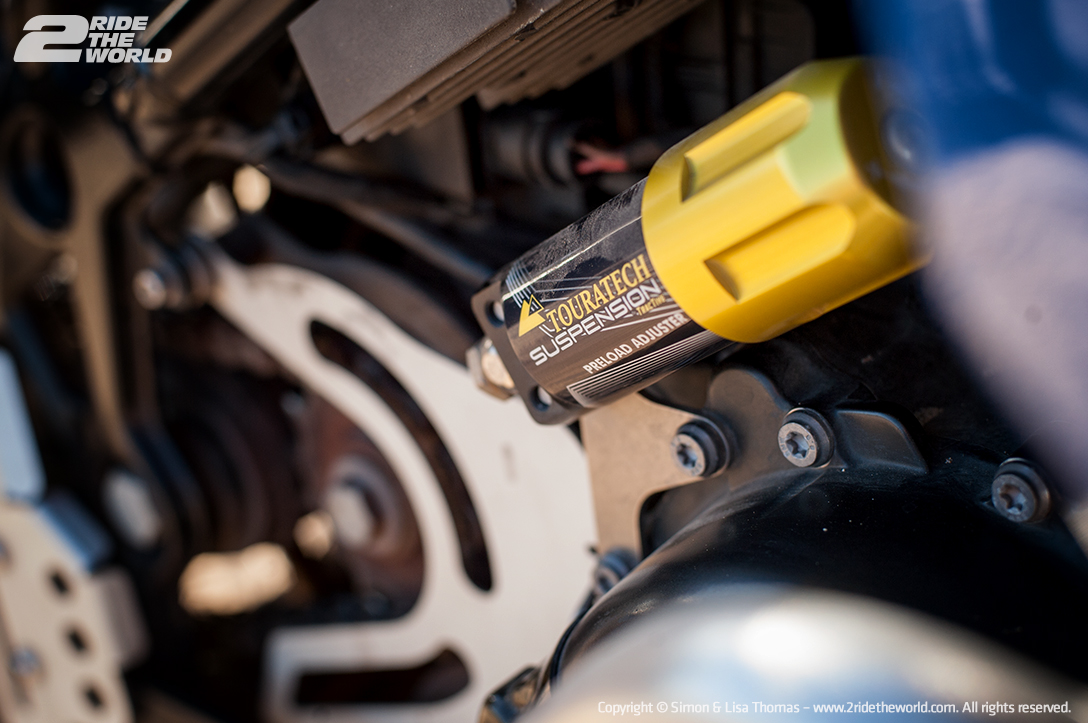 Off-road the new Touratech suspension really excels and that feeling of ‘confidence’ continues.

Investing in suspension is hands-down one of the best investments you can make for your bike and one of the few that can fundamentally and instantly alter where, when and how you ‘think’ you can ride.

Without backup or fixers to bail us out, our gear and bikes have to work. The Touratech suspension has been one of the best performance upgrades I’ve made in a decade.