The Marching Throngs of Che

We’d planned on getting up early and photographing the sunrise, but to be honest I just couldn’t. I might be getting old, but there was just no way I could get my sorry and tired arse out of bed by 5:30am. At 6:30 we did manage to climb out onto our private balcony and started clicking the shutters on our sexy Fujifilm X-T2 cameras in the hopes of capturing a little of the morning’s magic. 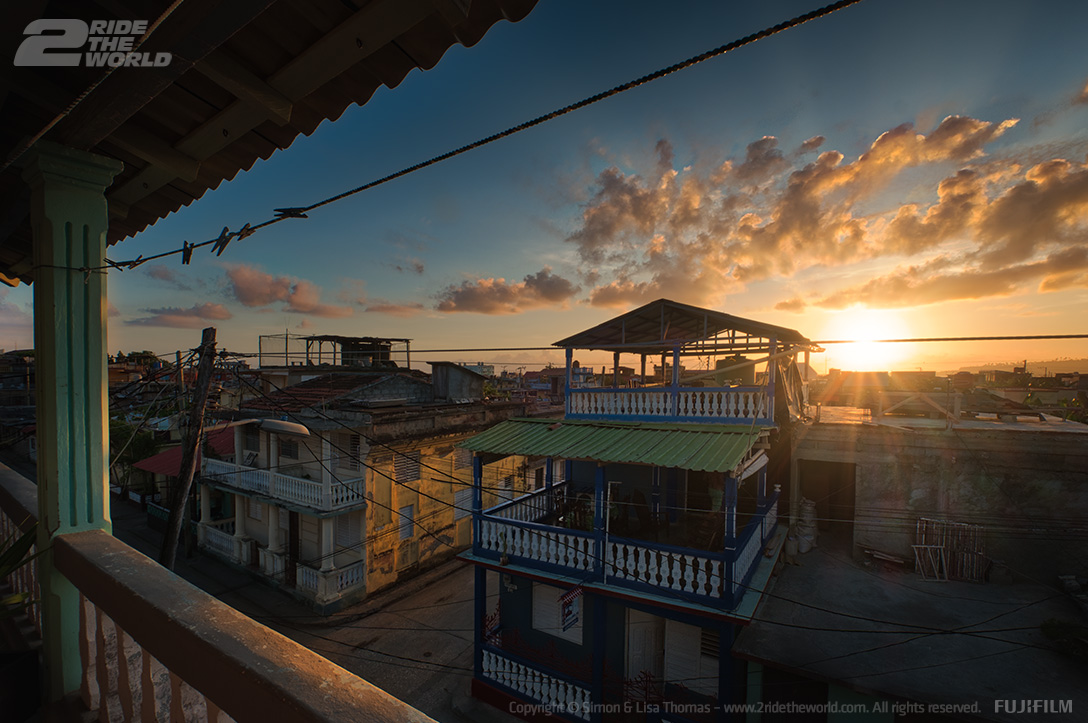 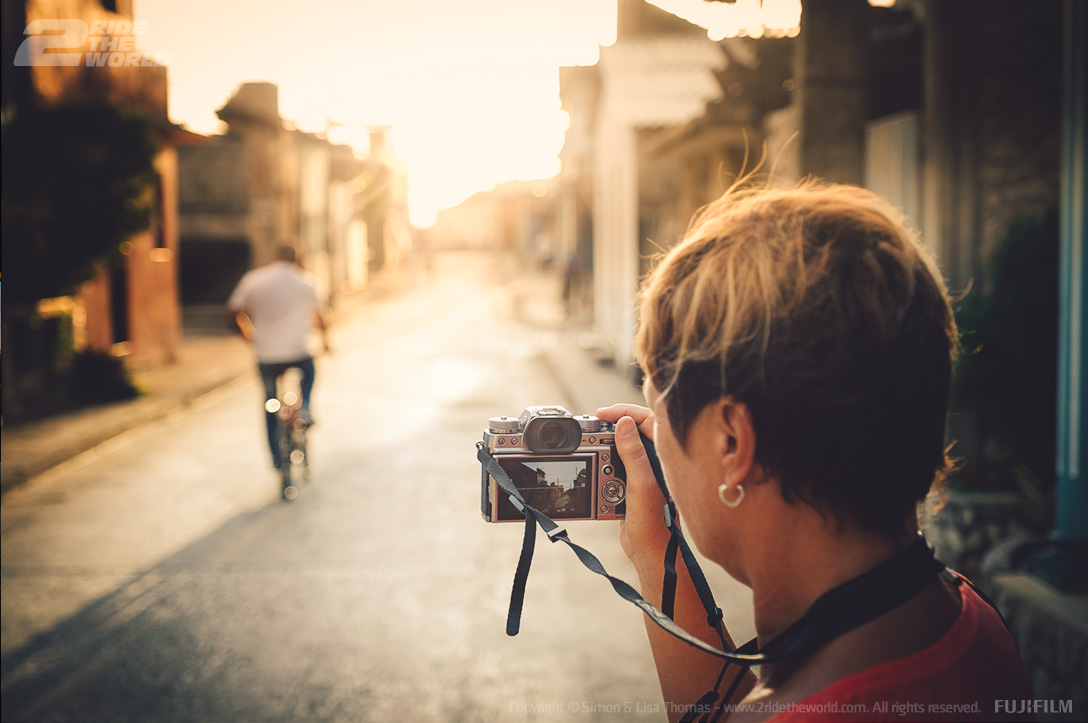 By 7:00am we were walking down the side road close to our casa particular to join the rest of the city (its more like a town) and the thousands of other occupants of the surrounding villages that had been bused into Baracoa. We headed along the Av Los Martires – known just as the Malecon (which is the long road and walkway along the ocean front) to join in and experience the Dia de lo Trabajadores (International workers day). Thousands of people lined the Malecon, with most wearing a bright red shirt and waving placards with their affiliation/work/office group titles, the Cuban flag and photos of Fidel, Raul and Che. 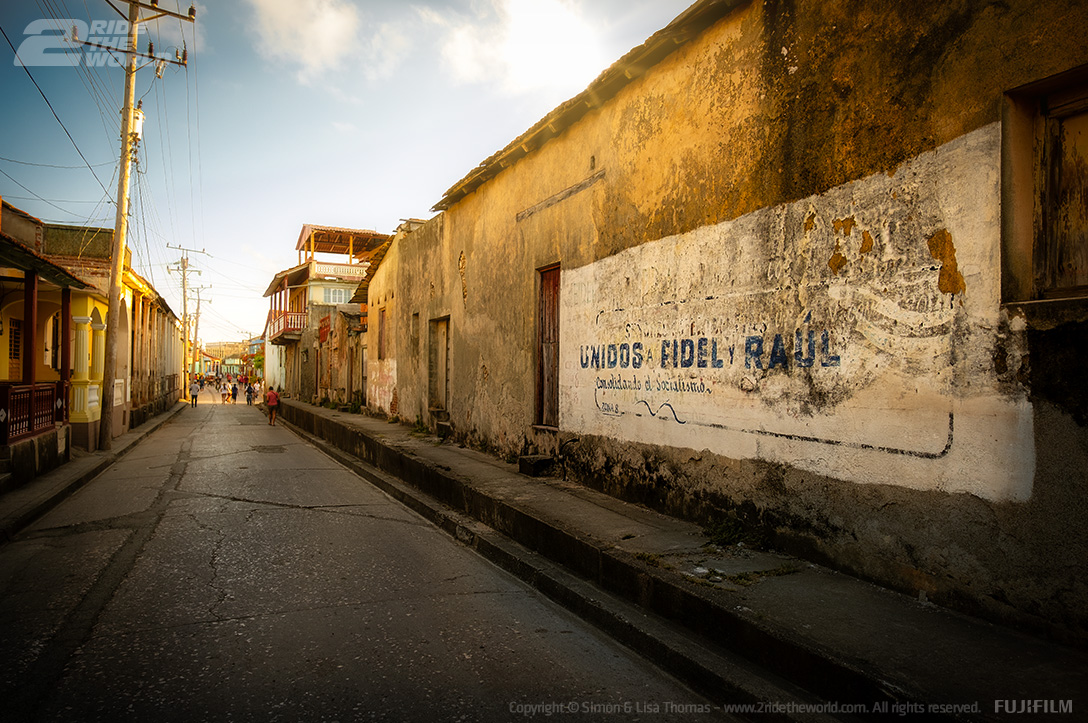 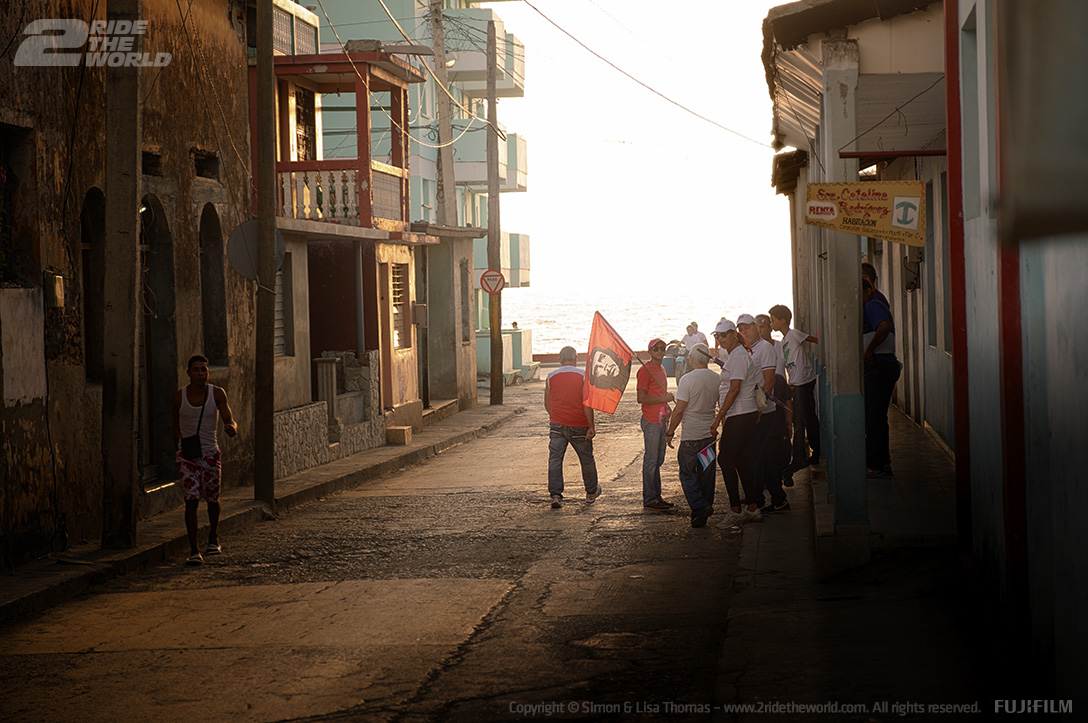 The steady walk began at around 7:30 and entered Baracoa heading towards the main plaza de revolution that is on the most northerly part of town at the Fuerte de la Punta, an old Spanish fort that has been on the north-western part of town since 1803

A large stage had been erected, littered with giant speakers that blasted out “viva la Cuba!” “Viva la revolution!” “Viva Fidel!” “Viva Che!” – by now the marching throng of thousands took up the chant- adding in their own ‘viva la Cuba’ as they punched the air with their fists. A few additional Viva Venezuela got thrown in for good measure to add to the international flavour! 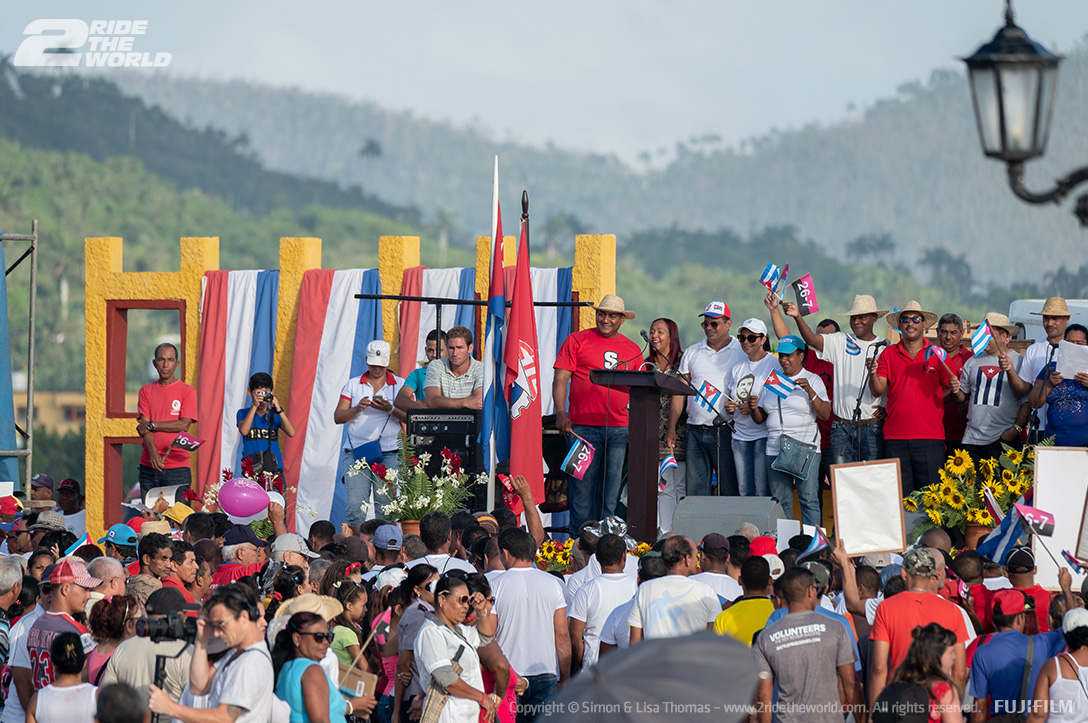 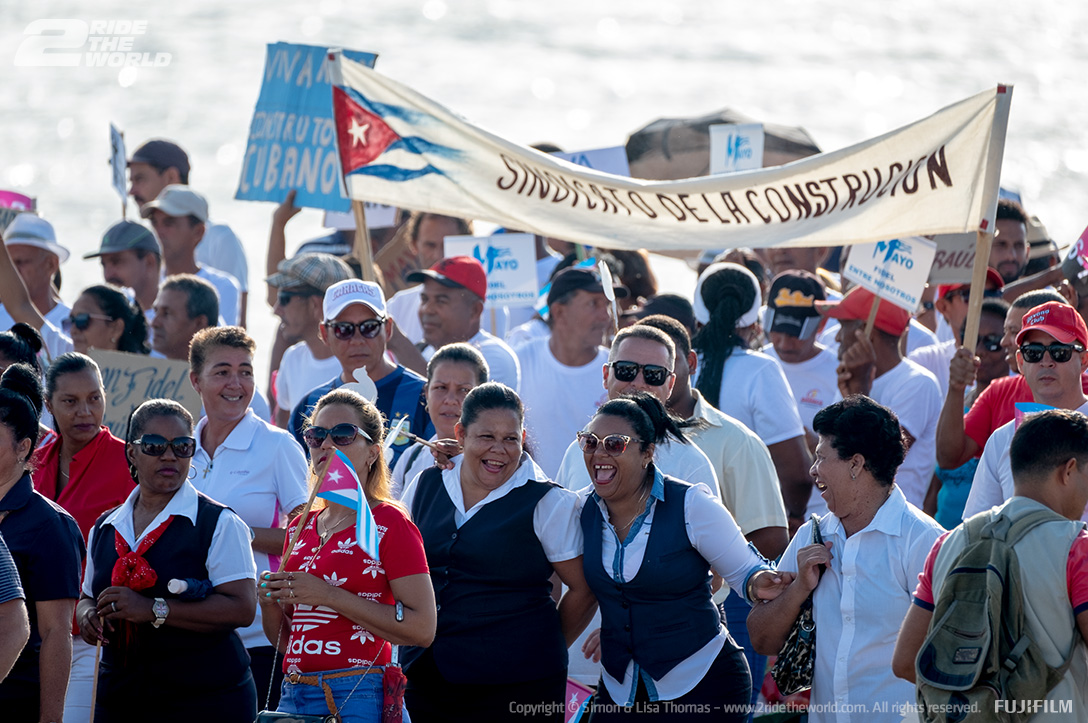 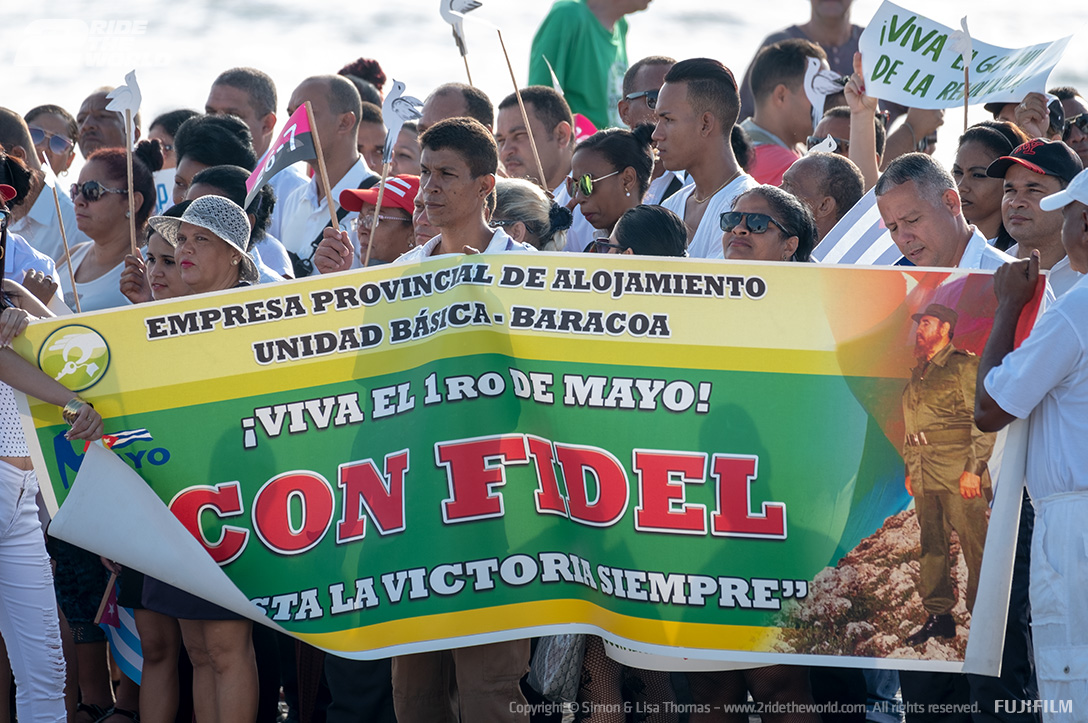 After an hours long list of thank-you’s and presentations on stage, the mood turned more ‘fiesta’ with the congratulated thousands buying bags of deep-fried pork skin and freshly popped popcorn to munch on with their cans of beer and sodas. With their duty and solidarity preformed, hundreds milled back to their waiting coaches, buses and trucks before starting another working day.

In the main plaza, those that could partied on to enthusiastic pumping Cuban rhythms. 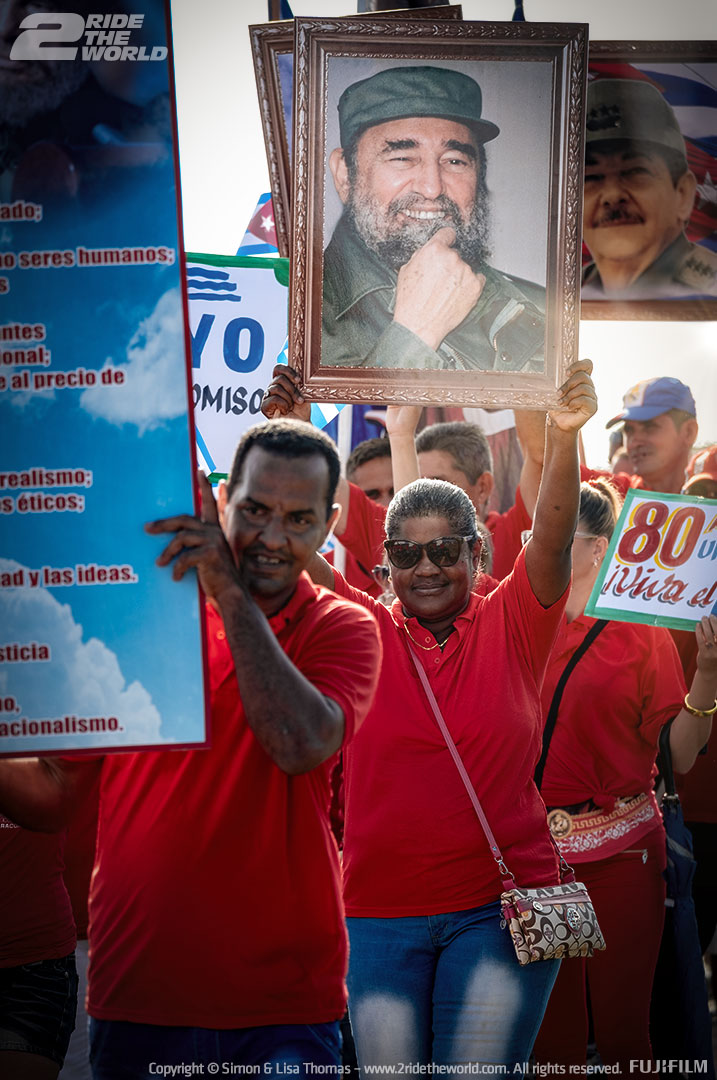 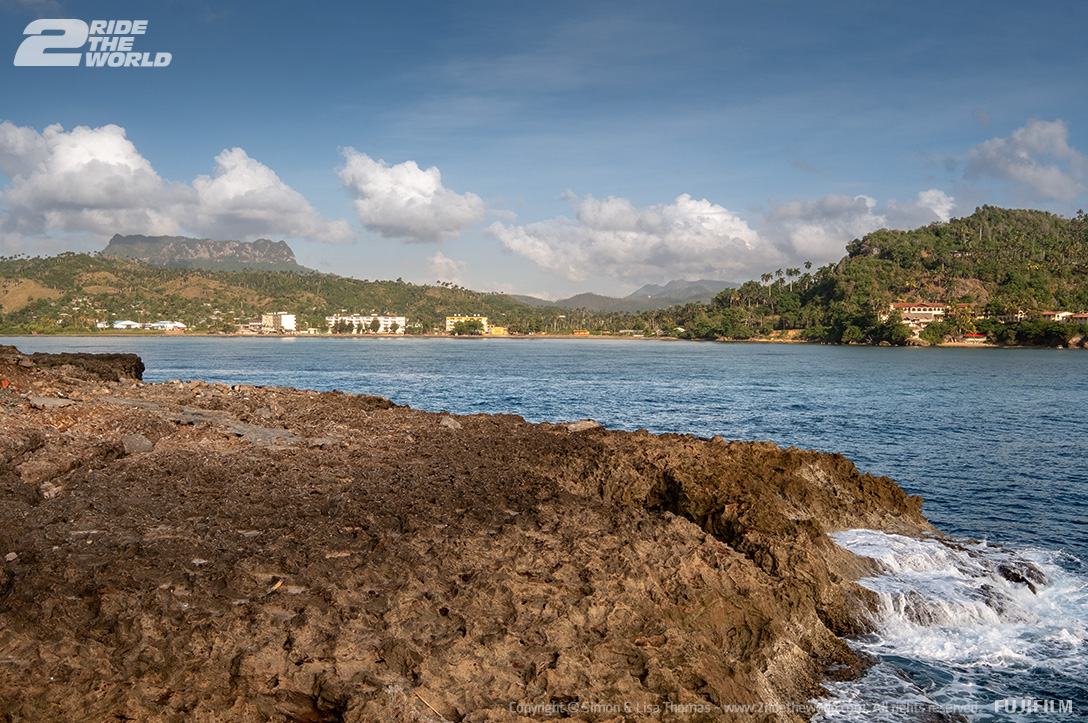 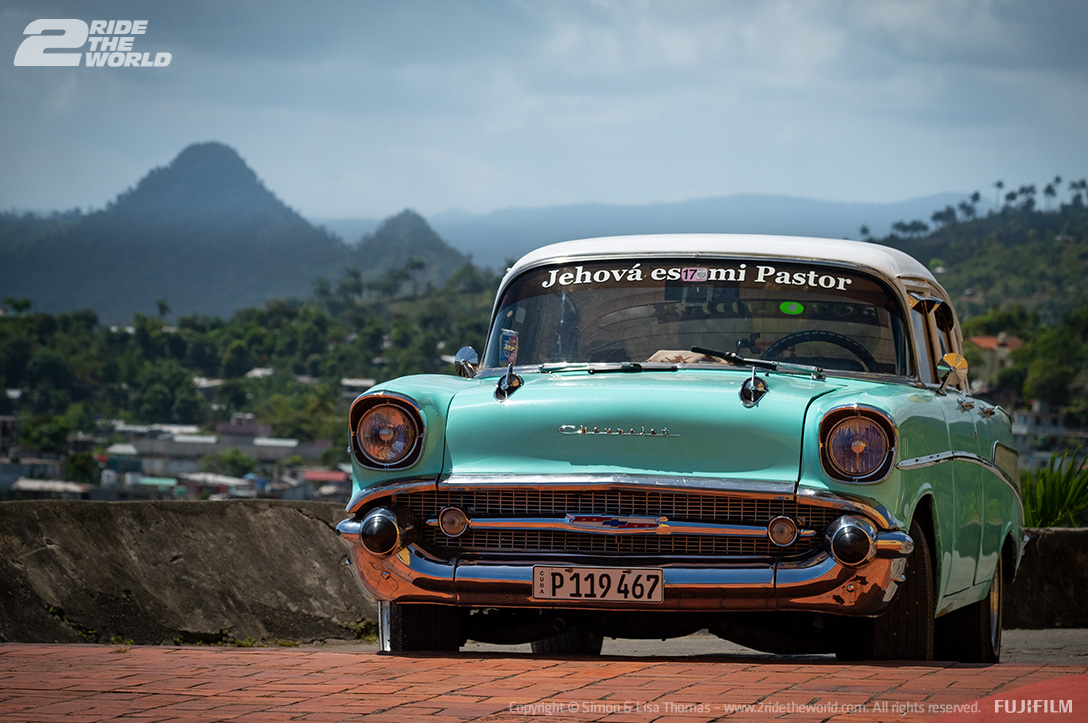 Doing our best to stay clear of the now hot and beating sun, we dodged and weaved with the other pedestrians as we dove in and out of the shadows for respite, before reaching Denny’s (our casa) for our 9am appointment for breakfast on the balcony! 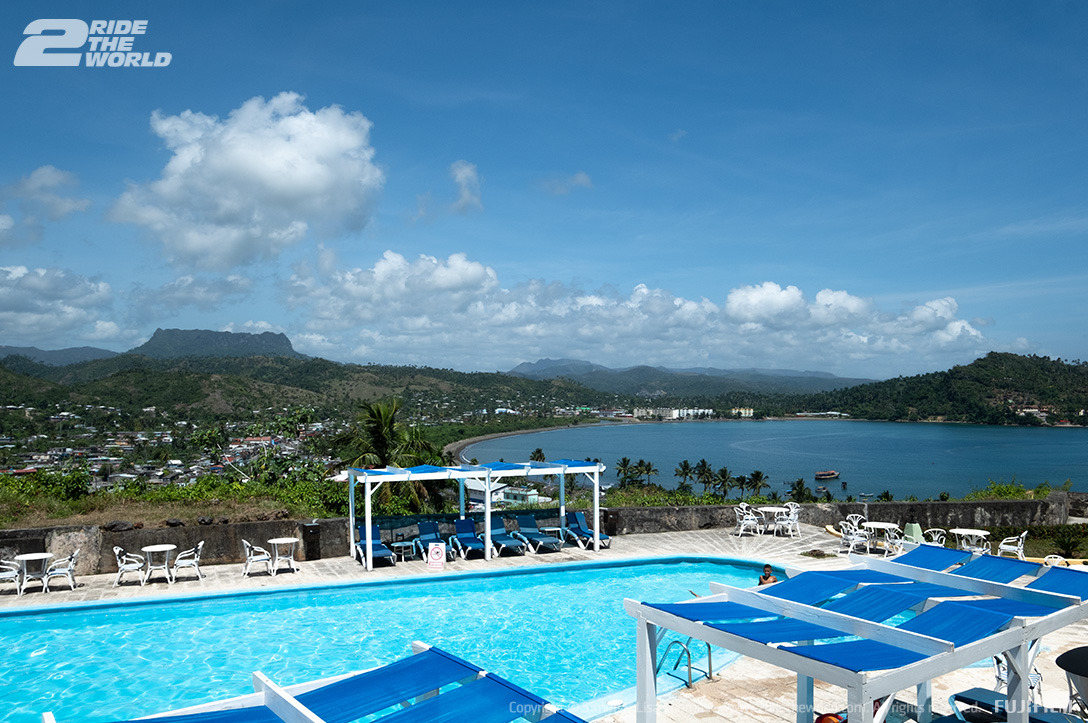 With German-like precision, Denny appeared with coffee and breakfast and served us with his usual warm smile.

By mid-day we were once again on-foot and walking the 384 steps to the top of the hill to the El Casitllo. El Castillo de Seboruco is Baracoa’s highest fort, built by the Spanish in 1739 but now is a renovated hotel with a gleaming pool as its centrepiece. The views from the fortress walls are uninterrupted and spectacular. After the hot walk up, we stopped for a good strong coffee and water before clambering back into town. Our first stop was the Casa del Cacao; a museum with the history of Chocolate, which also serves pure thick cups of chocolate! We supped on cold cups of the most delicious chocolate we’ve ever had (Simon had his with rum of course!) Baracoa is the centre of Cubas chocolate industry as cacao is grown locally. When we were in Havana we also visited the Museum of Chocolate and were told that the cacao plantations were badly hit by hurricane Matthew back in Oct 2016 and only now just recovering, hence them not having chocolate bars for sale. Here in Baracoa, they had a small selection of bars and of course we just had to buy some- for $1 a bar, we wished we could carry a stock along with us on our bikes!

The heat and very high humidity, was now getting to us both and so we once again staggered back to our casa for the much needed cool breeze on our 3rd floor balcony.

As afternoon turned to evening, I explained with a wry smile that I wanted somewhere the locals would go with great flavour, good food and a low price and without a second of hesitation Denny directed us 4 blocks down to the Malecon and 3 blocks right and to the Marco Polo restaurant. The brightly lit second floor restaurant seemed oddly out of place, squashed between two unpainted concrete shells, but inside the welcome and delicious smelling food seemed prefect. Choosing the corner window table we sat down, sipped on two mojitos and enjoyed the cool breeze moving in from the sea. Down below the clip-clopping of horse-drawn buggies taking clients to different parts of the city continued for 2 hours uninterrupted. The lobster cocktail was a delicious surprise but Lisa’s grilled aguja (swordfish) was even better. I’d chosen aguja con lechita (swordfish cooked in a coconut sauce). The sauce is a mixture of coconut milk, tomato sauce, garlic and a medley of spices. This delicious and exotic combination cost us $6 each including drinks: a perfect way to end our day.