The last few days have been a blur of photography, delicious tiny cups of sweet dark coffee, toe-tapping Cuban music and great food.

We’ve been up early each day, with the camera lenses clicking from the moment we step outside onto the streets. I love that fact that Lisa’s snap happy again.

Lisa’s taken more photos and had more fun with her Fuji X-T2, than she’s taken and had in years. The reality is just that she found the Nikon D90 and lens just to big and unwieldy, so much so that she was simply taking fewer and fewer images. To see here want to take photos again is awesome. Thank you FUJIFILM! 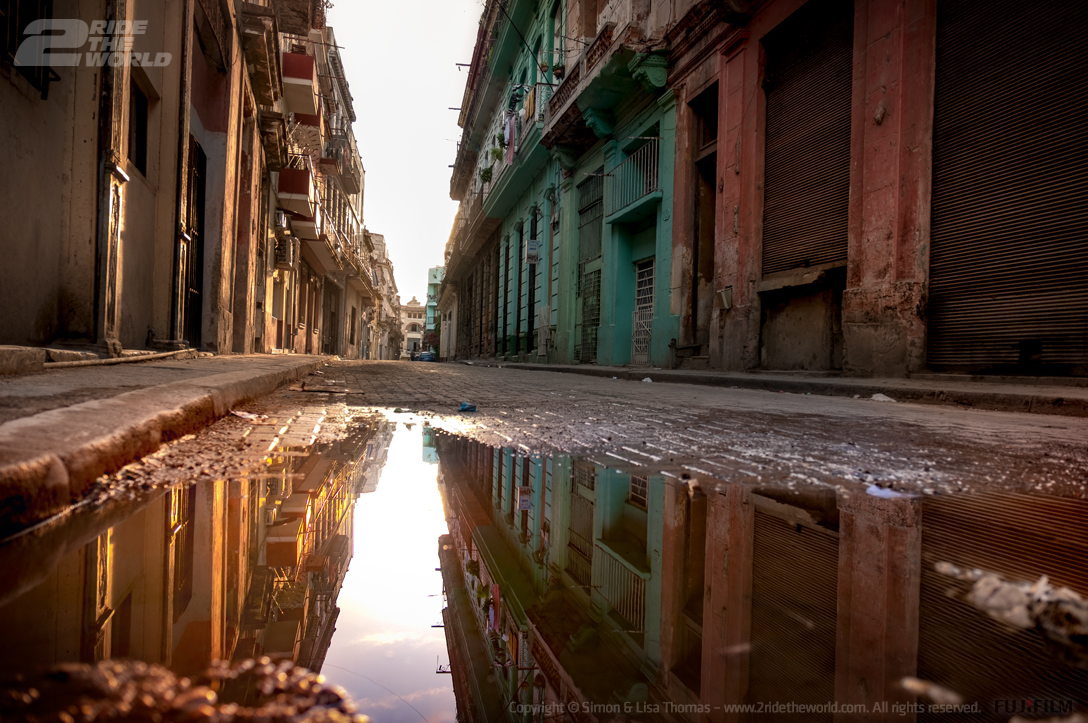 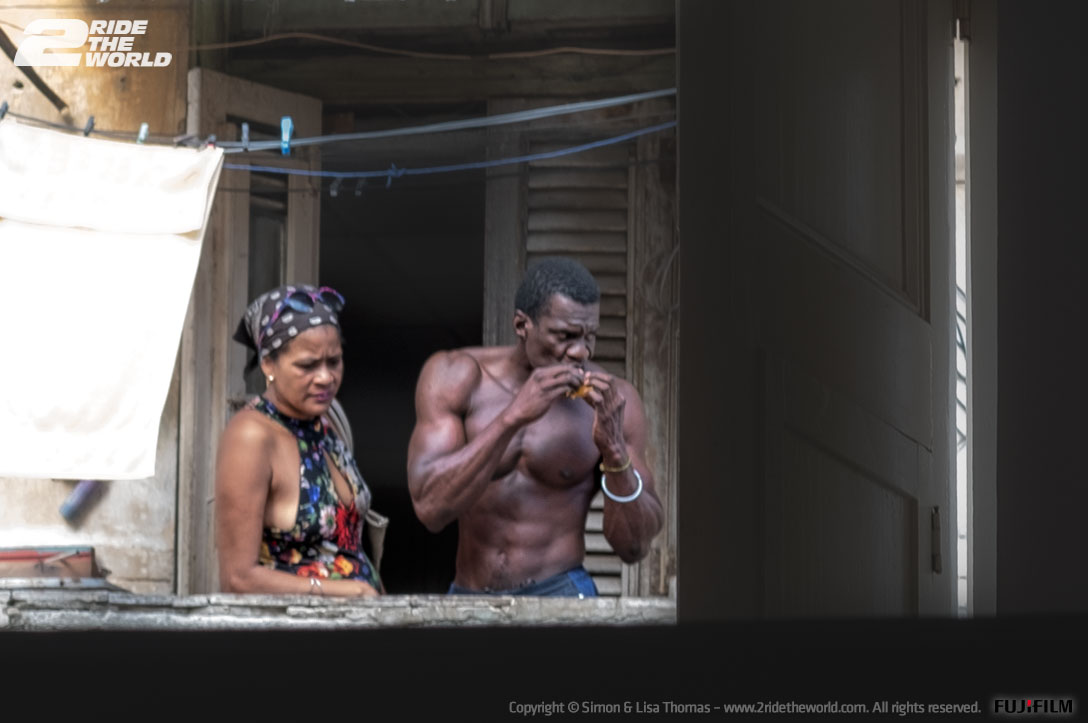 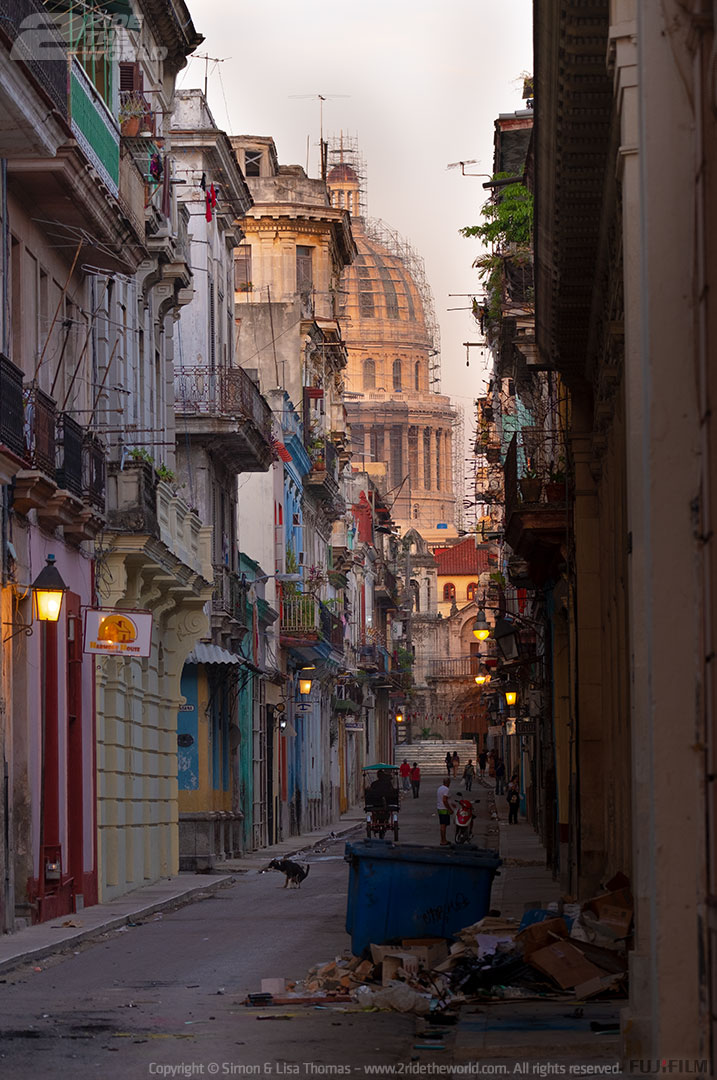 We thought that an early morning would enable us to get some great photos – and we were right! Up early and out the hostel doors by 5:45am we began to take photos the second we were out of the door!

Every which way we looked there was a photo opportunity. The morning light sneaking its way into the dark and unusually quiet streets, made for some great shots. But by 9am we were ready to head back and grab breakfast with Steve and Mary at the casa.

Our morning ceremony here is as delicious as the breakfast. Sat up on the roof in the shade of a wooden and tin awning, we can watch Havana come to life, as the hostel staff busy themselves with runs up and down the stairs carrying our breakfast and laying it out perfectly on the long table. Today’s offerings are freshly cooked eggs, toast, cereal and mounds of fresh sliced fruit and two carafes of rich, dark delicious coffee. 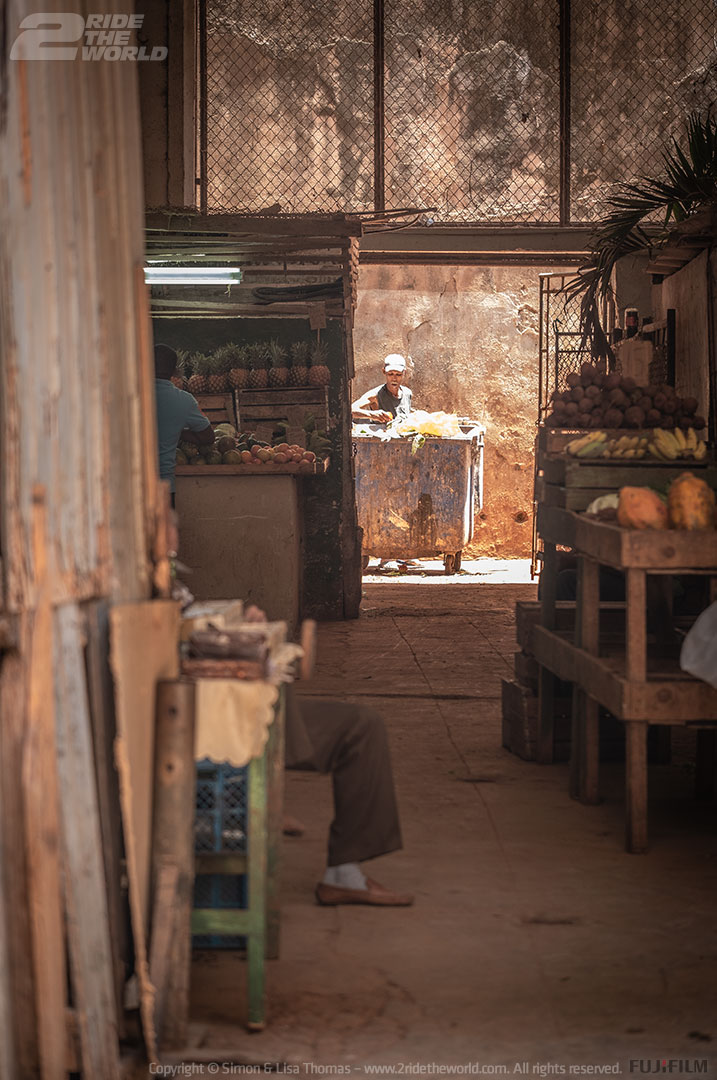 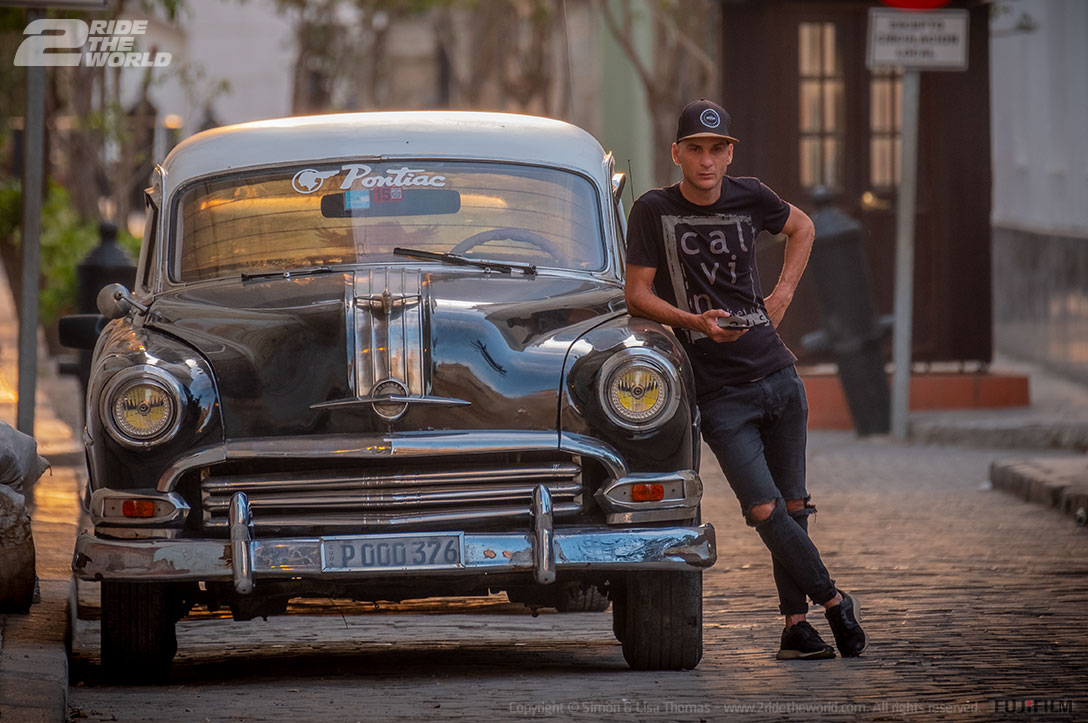 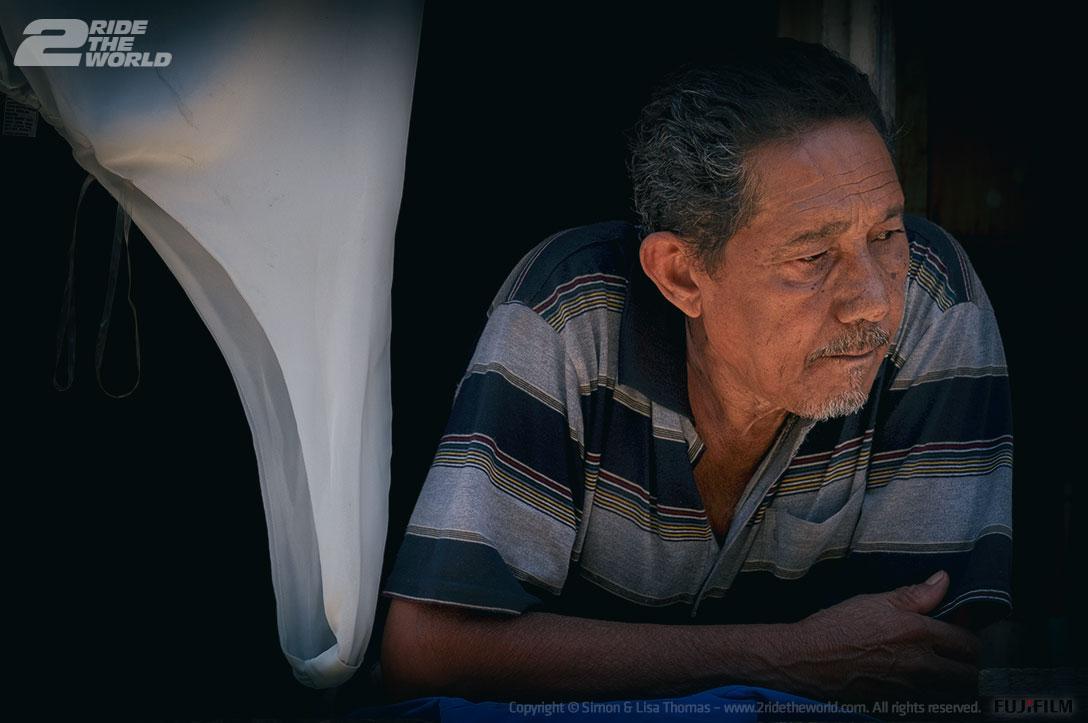 Back on the streets, our walk down to Plaza Vieja was a slow one. A pause in front of the Museo del Chocolate (chocolate museum) on Calle Amargura , turned into a stop as we briefly discussed the merits of eating chocolate in the cool comfort of an air-conditioned cafe. It was already 90° in the shade and as humid as hell, so none of us needed much convincing. Two seconds later and we were inside, sat at a small round marble table and being served tall glasses of chilled chocolate drink. I’d flicked through the chocolate menu before being told that nothing was available. A brief chat in my bad but enthusiastic Spanish had revealed that hurricane Mathew, that had hit back in 2016 had decimated the coca crops and had left a countrywide shortage, hence no chocolate. The sweet cold chocolate drink was going to have to do.

Meandering is an art form; to slow and it kills my back and to fast and, well, your just…walking. Old Havana demands some “meandering”. The streets were busy with a milling mix of locals and photo happy tourist, each sporting an expensive looking camera with lenses that clearly most had no idea how to use. Hey, I’m just saying!

Past a dozen renovated building the Plaza Vieja (Old Square) opens up with a blast of eye searing light that bounces off the newly laid and renovated plaza paving slabs. The patchwork of architecture feels odds, but somehow still works. There is so much history here that it’s easy to feel overwhelmed. I have to wonder what this square has seen since its creation back in 1559. The western designer labels shops that now frame the square seem to trivialize a space that has witnesses Cuban life in all it’s variety from government announcements and public fiestas to publicly held trials and executions. We need more time here to really soak up that Havana offers. From half a dozen café’s local bands beat out a variety of distinctive Cuban rhythm’s. Havana really is the beating heart of Cuba.