“Dolphins, dolphins”, yelled Carl from the deck, through the lifted and raised ceiling panel. Everyone else aboard was already up and peering over the side as I reach the deck.

I’d battled to even to pull out my camera and clamber upstairs. At the bow of the ship, I pushed my hip into a nest of rope for balance and hung out of the side of the ship as a pod of dolphins launched from the face of a wave.

Scrambling with the camera buttons, I found the video function, clicked the lens into manual focus and pointed the X-T2 at the water. The next twenty minutes were incredible as the largest pod of dolphins any of us has ever seen swam and played in the ships bow wake.

At 1:00pm, Ludwig chugged the engine to life, pushed the ship into the wind and had changed course. 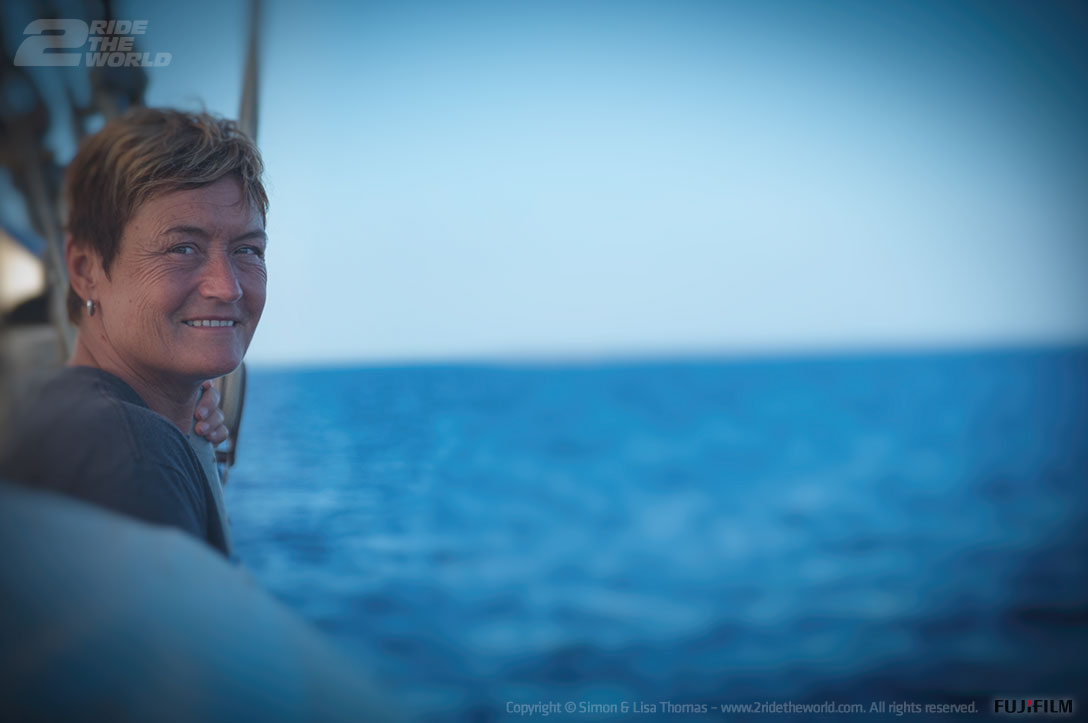 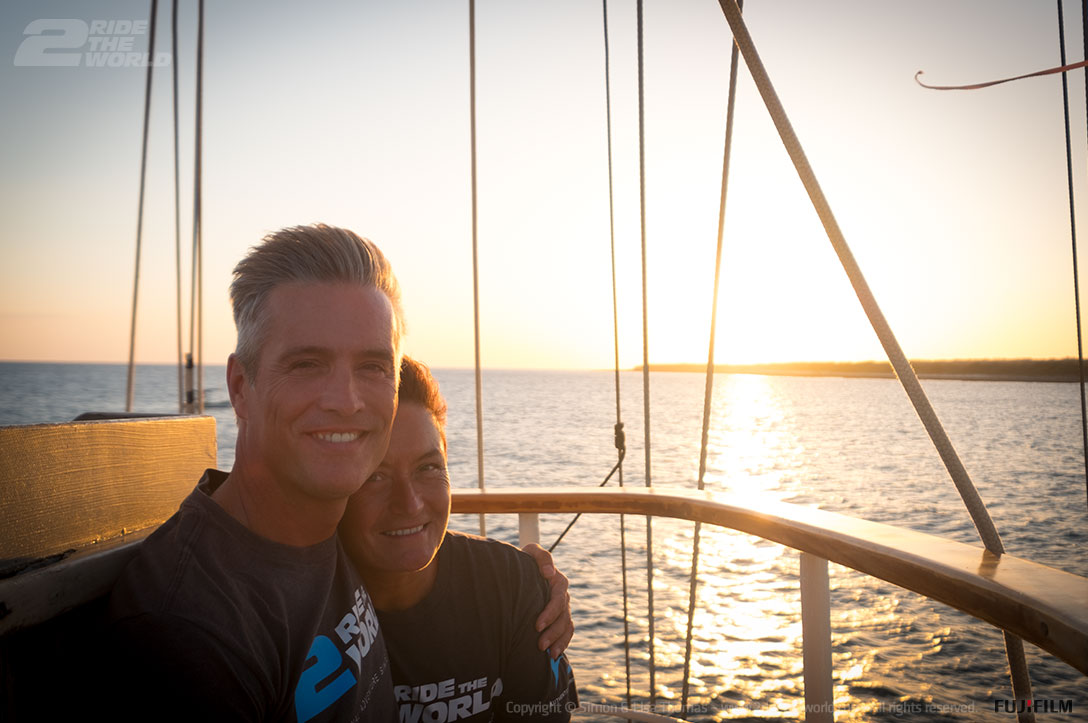 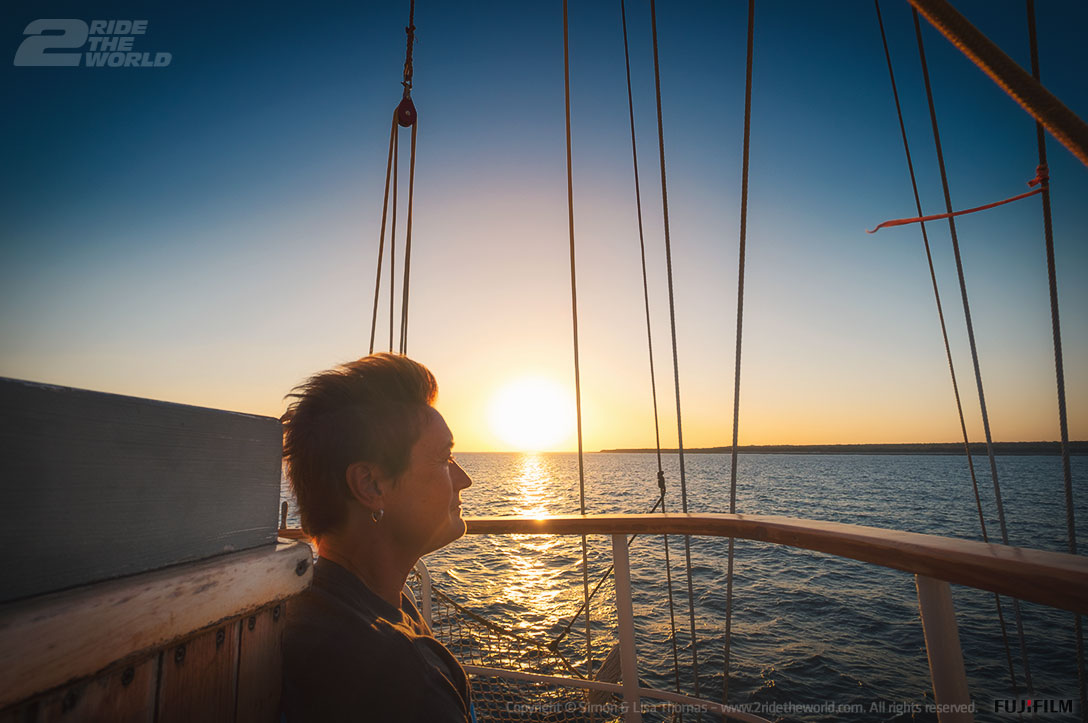 “We’ll be in port by 7:00pm,” he’d stated confidently. Today the sea’s had calmed and by 6:30pm I was feeling well for the first time.

We’d spotted Cuba in the distance by 4:00pm and the once grey silhouette of it’s mountains was now close enough to touch. Inside the long estuary, the waters were mill-pond still. Kids on the banks waived and cheered as our ship cruised past. To our left the sun was slowly setting. We couldn’t have asked for a more picturesque introduction to Cuba. 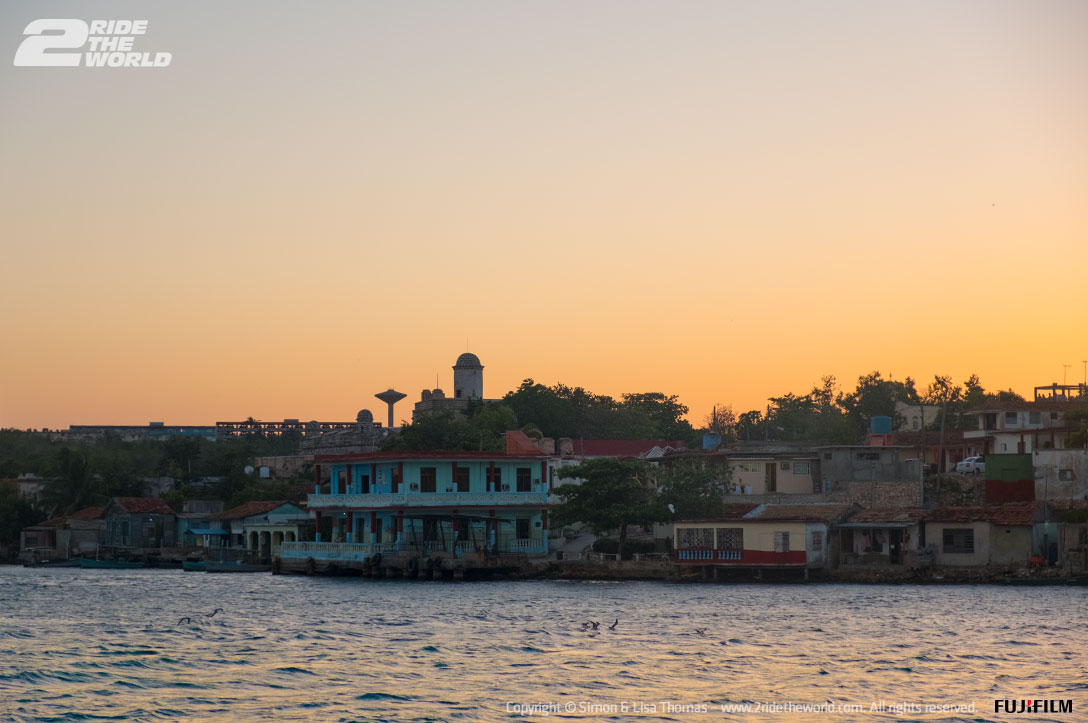 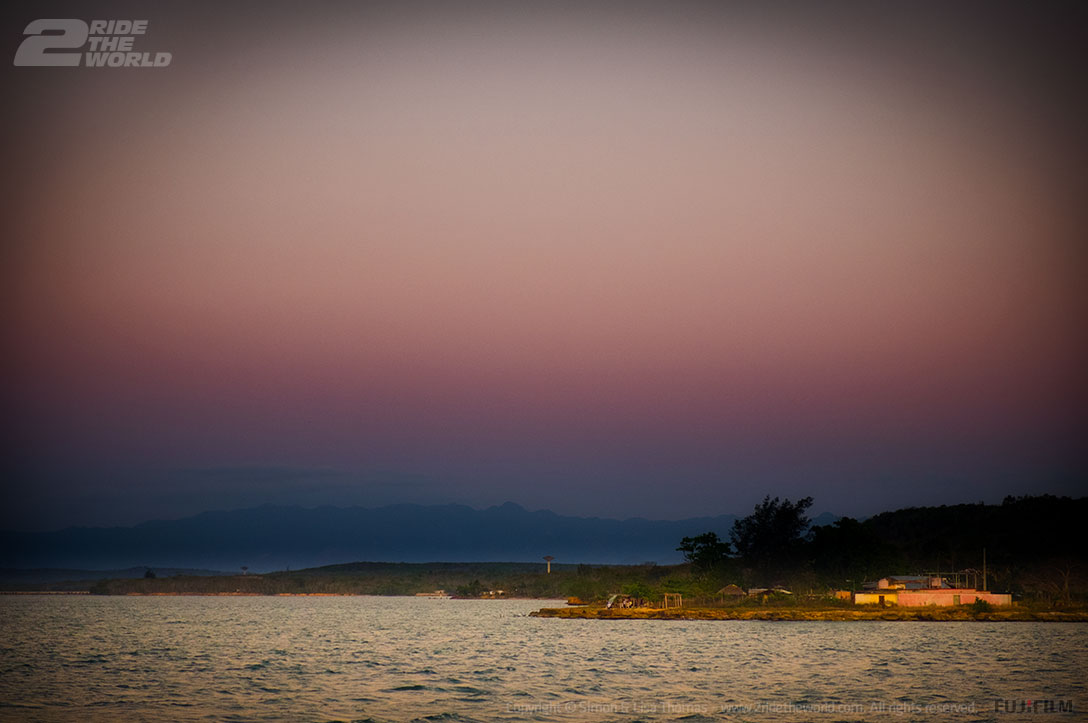 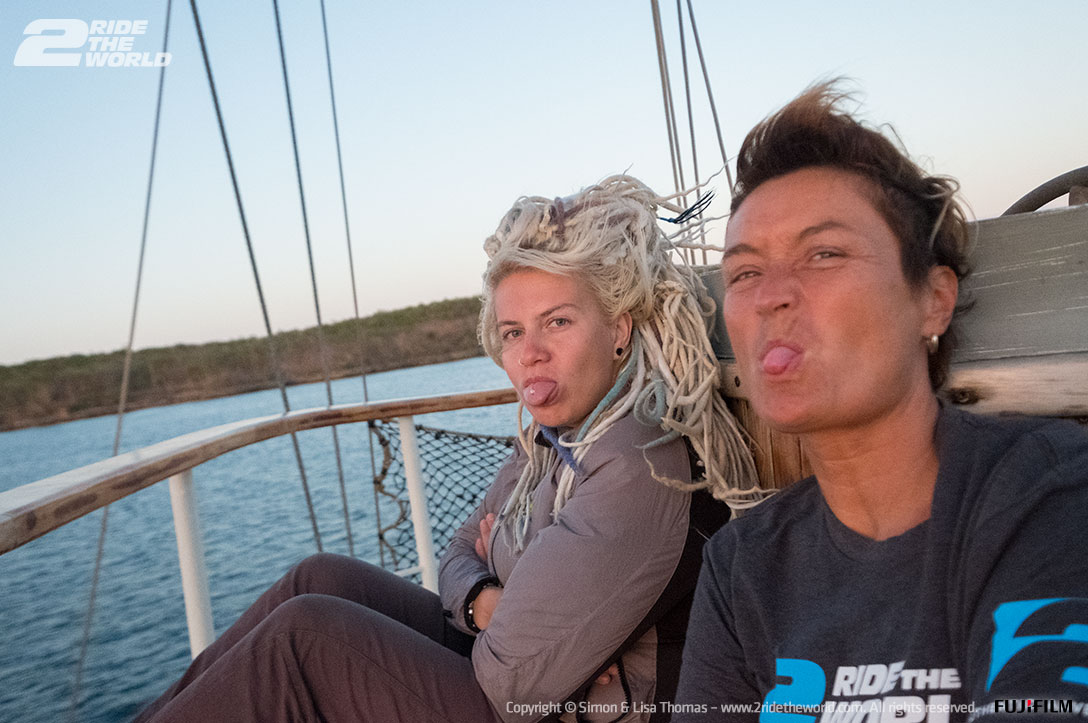 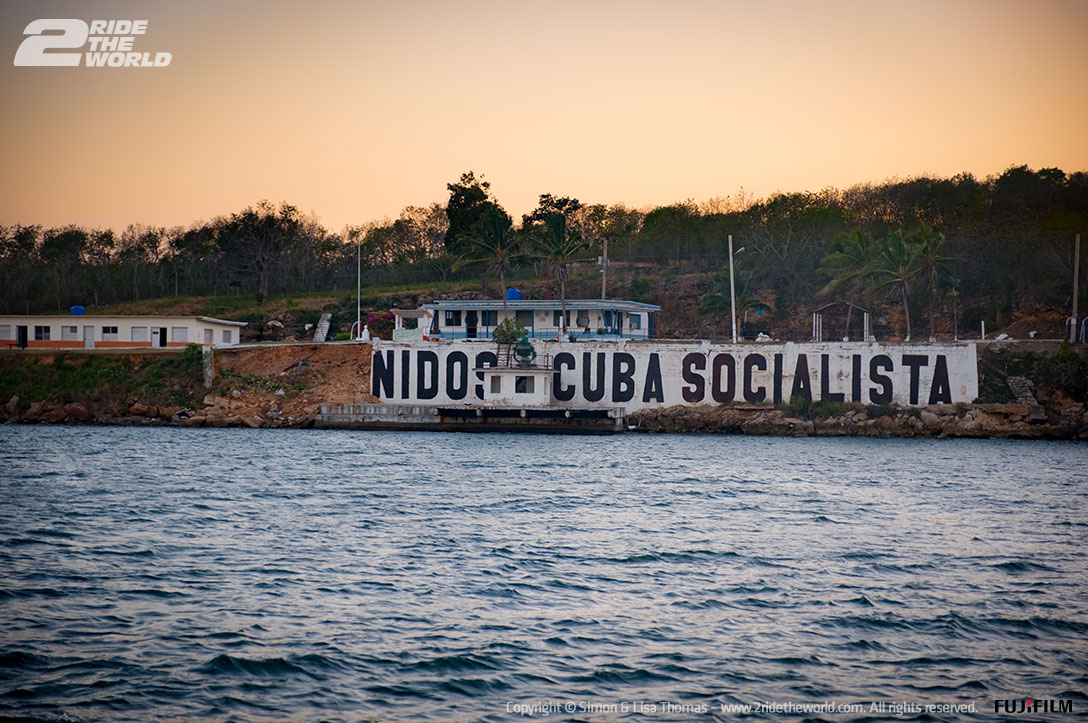 As Ludwig skillfully maneuvered the ship toward the pier, Lisa slipped her arms around my waist. “We’re actually here, country 79” she whispered.

At 9:00pm the port doctors had climbed on-board, in his white pressed jacket to confirm that no one had a fever, felt ill or was in any way contagious. Crammed into the small kitchen area, we each, in turn, had our temperatures taken with what looked like a Star-Trek communicator. The small device was lifted to our foreheads, painted them in a bright blue light and then gave a reading. Lisa was quite impressed and had never seen one of these before. 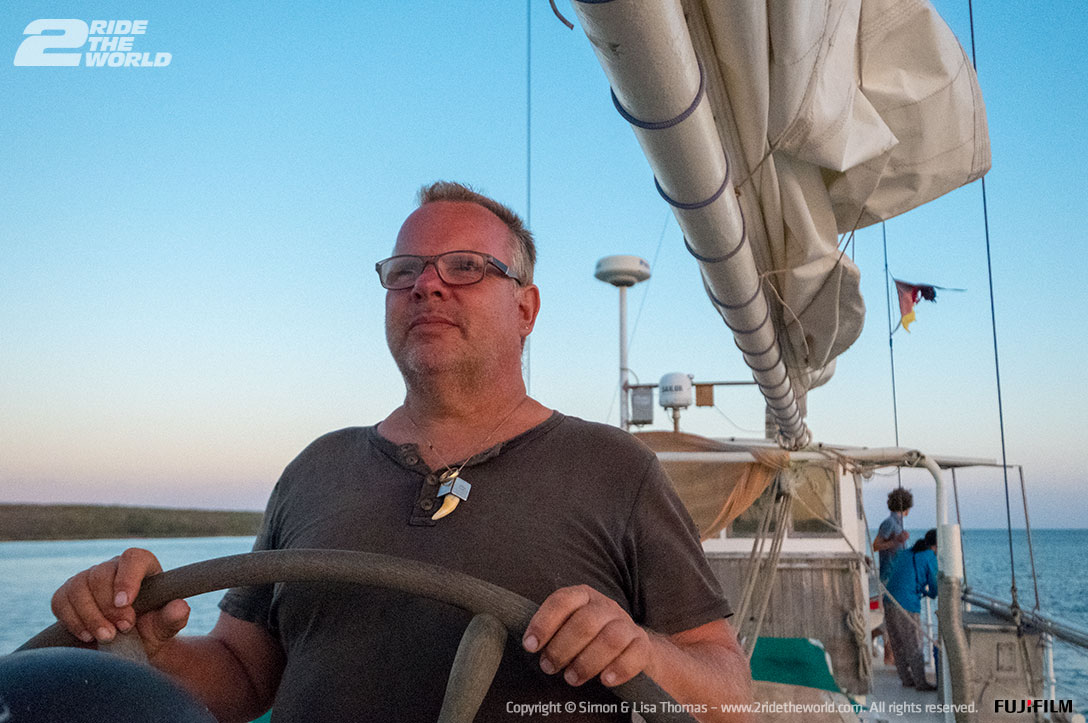 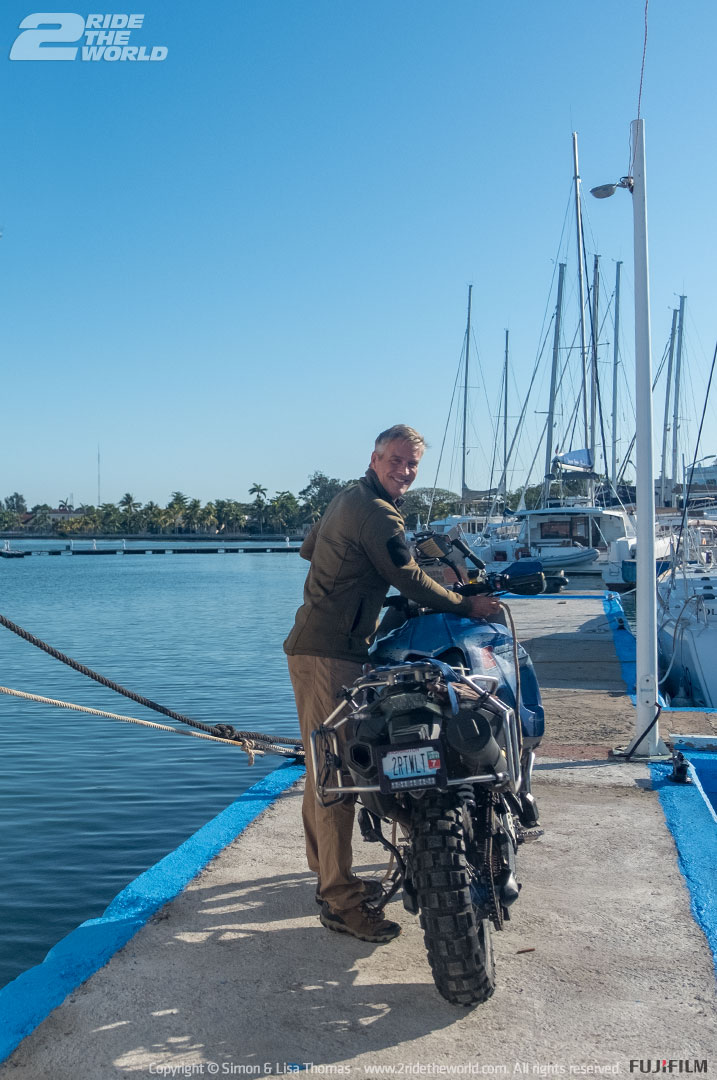 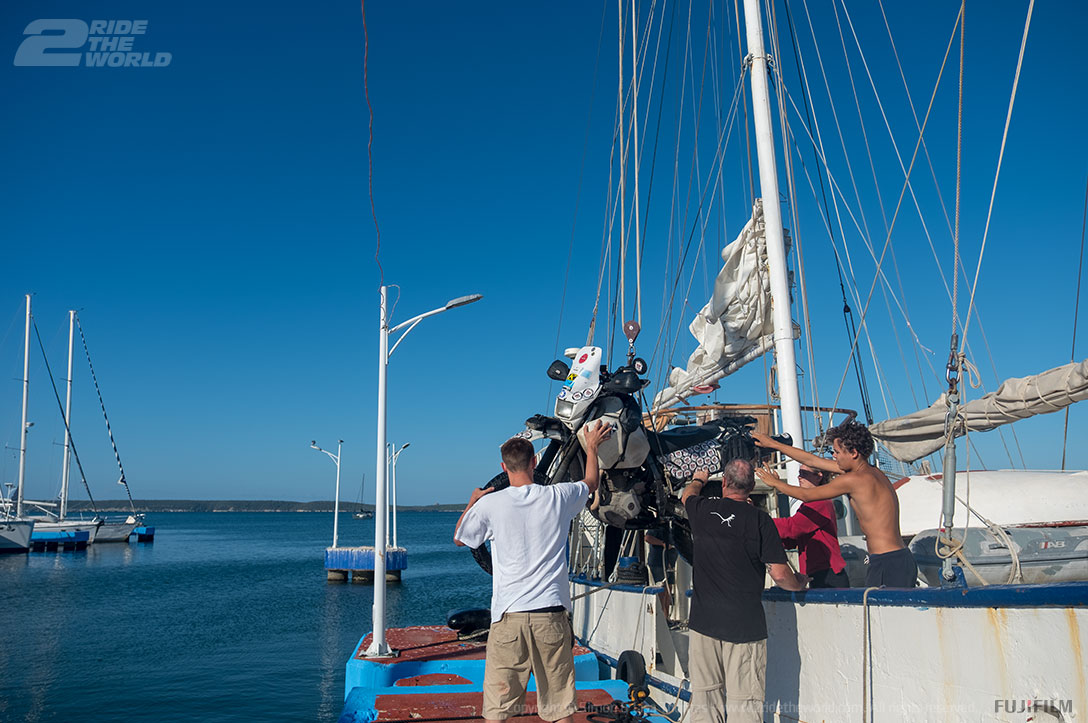 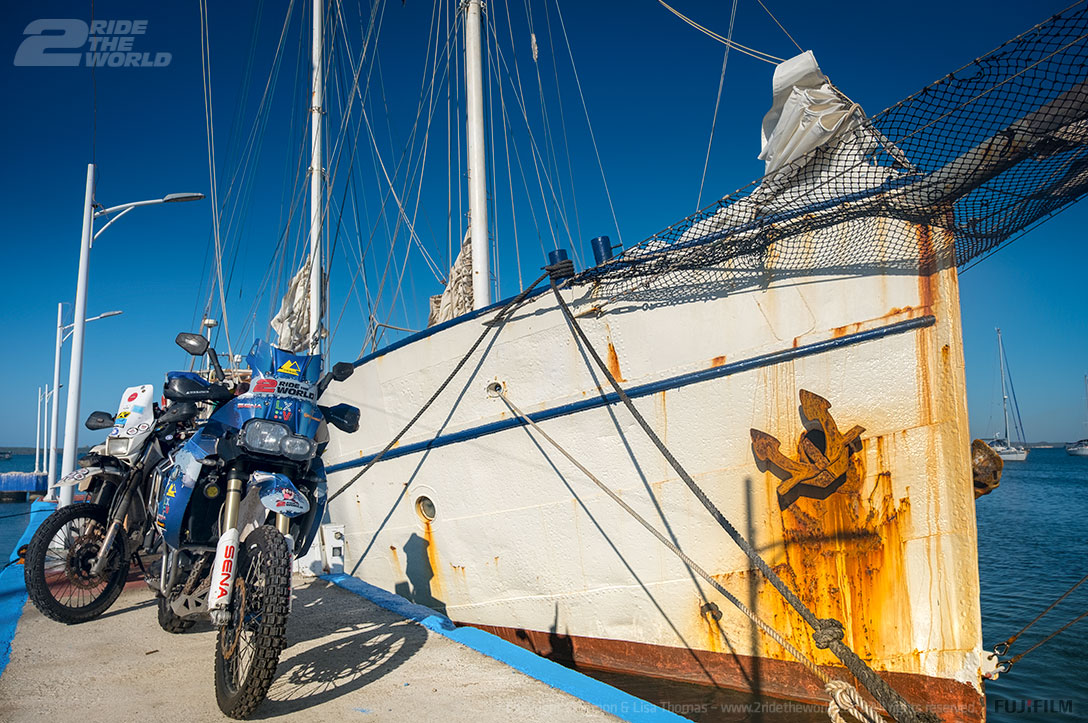 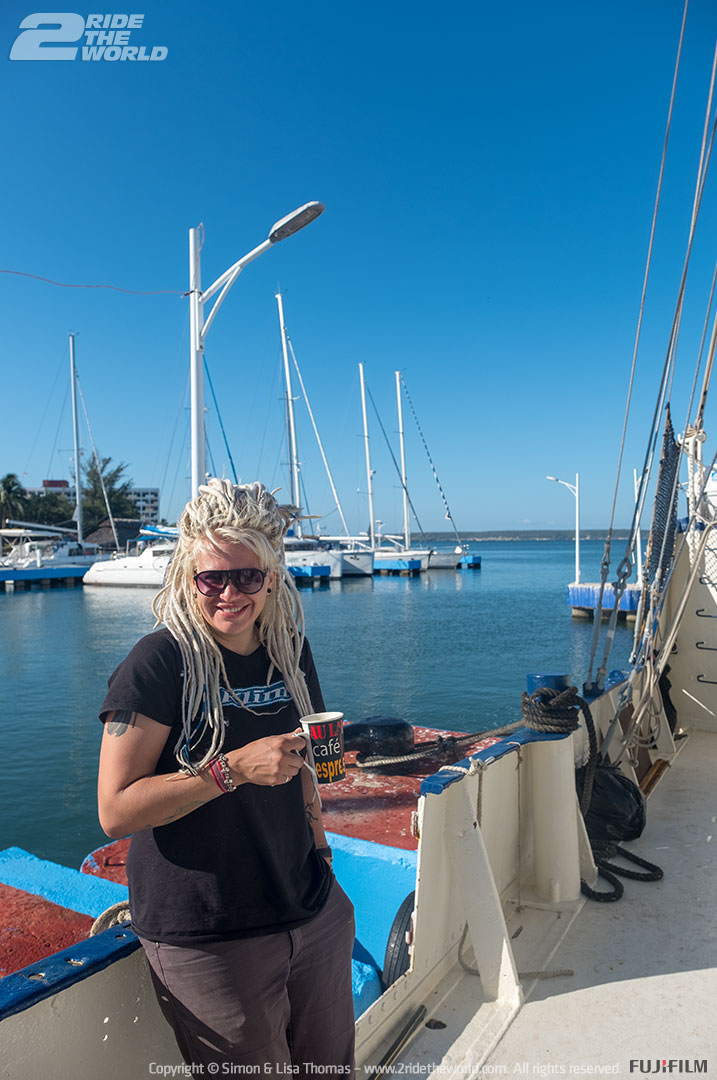 With official business done, the doctor gave Ludwig a warm hug as an old friend and headed outside with a cold beer in hand.

An hour later and immigration has been on-board and 5 of the friendliest customs agents I’ve ever met had swept the boat with a sniffer dog for drugs and were now sipping on more cold beer with Ludwig at the back of the boat. I’d taken the loud laughter to mean that we’d all passed the inspection with flying colours.

We’ll sleep tonight on board and unload the bikes in the morning.