What makes a great set of riding boots? Well, like most items we buy and wear it’s a personal thing. However, for most of us, they have to be comfortable, easy to slide on and of, and importantly, offer a high level of impact resistance and protection. Whilst we’re at it, lets also admit that the style and look of the boots is also a key consideration when we’re choosing where to spend our hard earned money.

Sidi’s CrossFire2 MX boots have gained legendary status over the years, with amateur and pro riders alike, singing their praises. So, when Sidi offered me their new flagship boots, the Cross Fire 3’s to test out, it was really too good an offer to pass up. I’d wanted to know what all the fuss was about for quite a while.

I’ve been wearing the Gearne brand of boots for 16-years so, I’ll admit that I’d had a fleeting moment of hesitancy when Sidi made the offer, but that was nothing more than nostalgia tugging on my decision-making neurons.

Sidi announced the CrossFire 3’s back in September 2016 and the boots hit the stores in limited quantity in January 2017.

The Sidi CrossFire 3’s are a full spec, high-end, technical, enduro style riding boots with all the bells and whistles you’d expect from the brands new ‘flagship offering’. However, more than this, the CrossFire3’s also offer some additional features, which make them a ‘stand-out’ product. 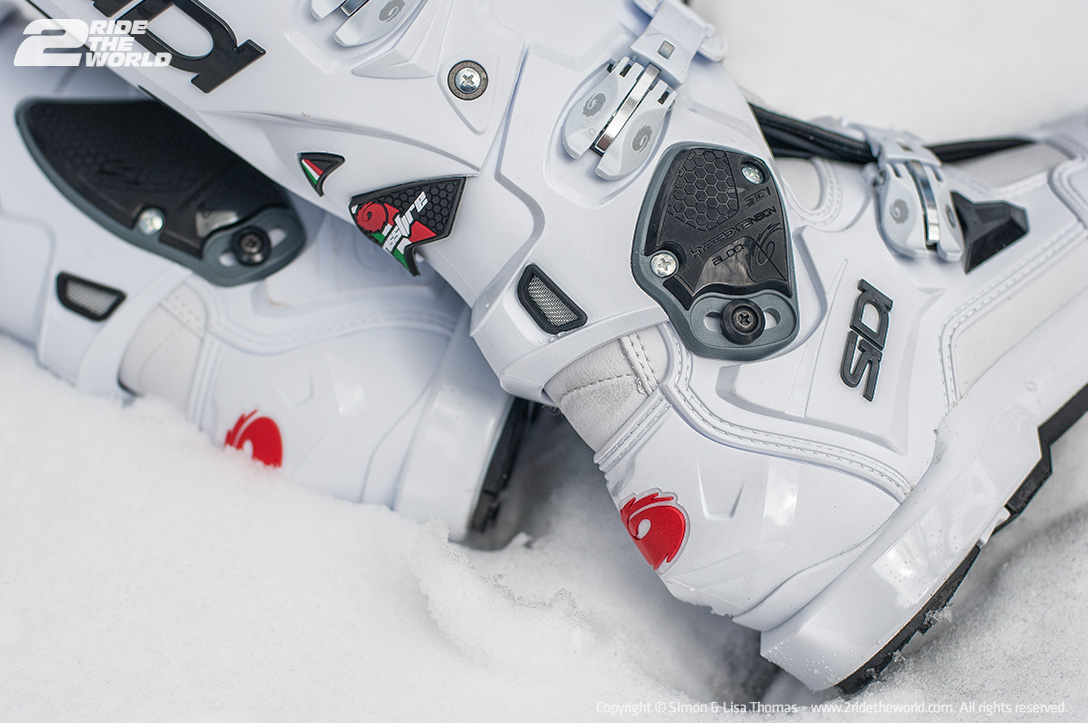 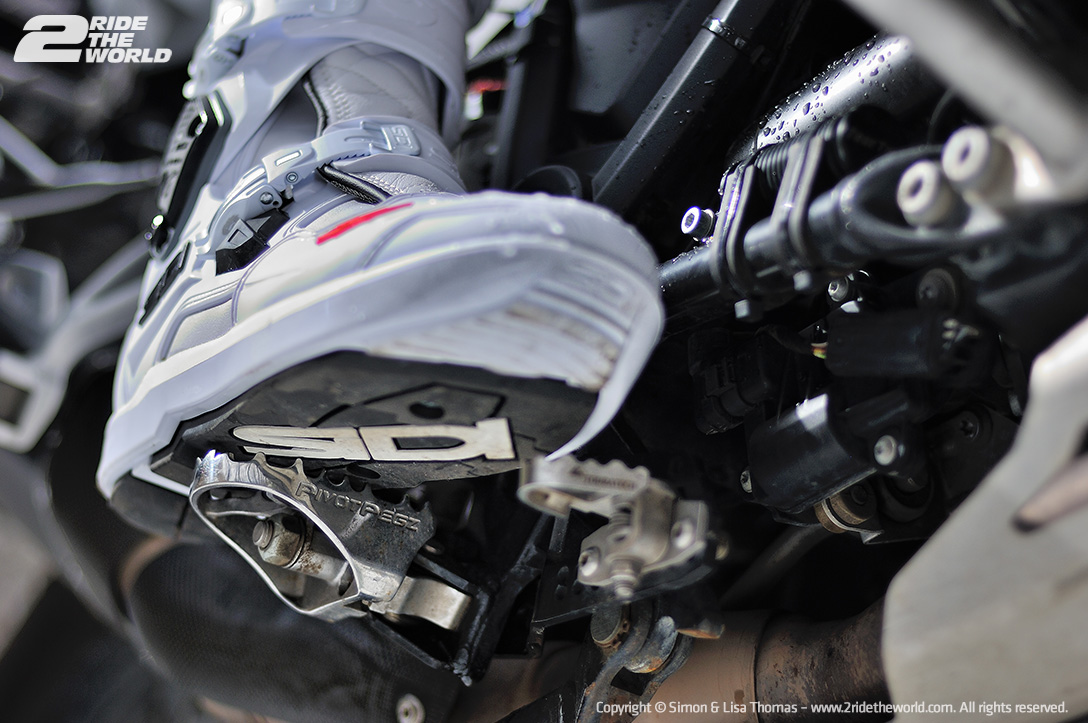 One of the standout features of Sidi’s new boot is their Hyper Extension Block System. Yep it’s a mouthful but, as the name suggests the design of the system is to stop the riders ankle from hyper extension. With more and more adventure riders using panniers and soft bag systems, the number of riders reporting to have suffered from injuries caused by the ankles and feet being trapped under their bags, after falls, has increased. The Hyper Extension Block system could well be the long-term answer. Boot manufacturers take note.

This is a new and innovative feature from Sidi aimed at “improving both fit and protection”, claims the manufacturer. On the outer front, inside and rear of the boot, Sidi offer a muffler guard plate, aimed at increasing rider protection from impact, while also protecting the rider from the extreme heat of the engine and the exhaust system. The inside and rear of this guard is constructed from a high density rubber, which I’ve found provides plenty of extra grip when I need to clasp my bikes chassis with the inside of my boots. What is clever though, is that the ACS (Adjustable Calf System) allows for a substantial amount of personalization. With just a few tweaks of adjustment, the CrossFire3’s openings can be increased or reduced to accommodate differing calf sizes or the need for extra space to take into account knee braces or other protection ,which often fall below the point where MX boots extend up the shin. This is smart design. I’ll confess that the CrossFire 3’s are easily the best fitting boot I’ve worn in the last 15 years. 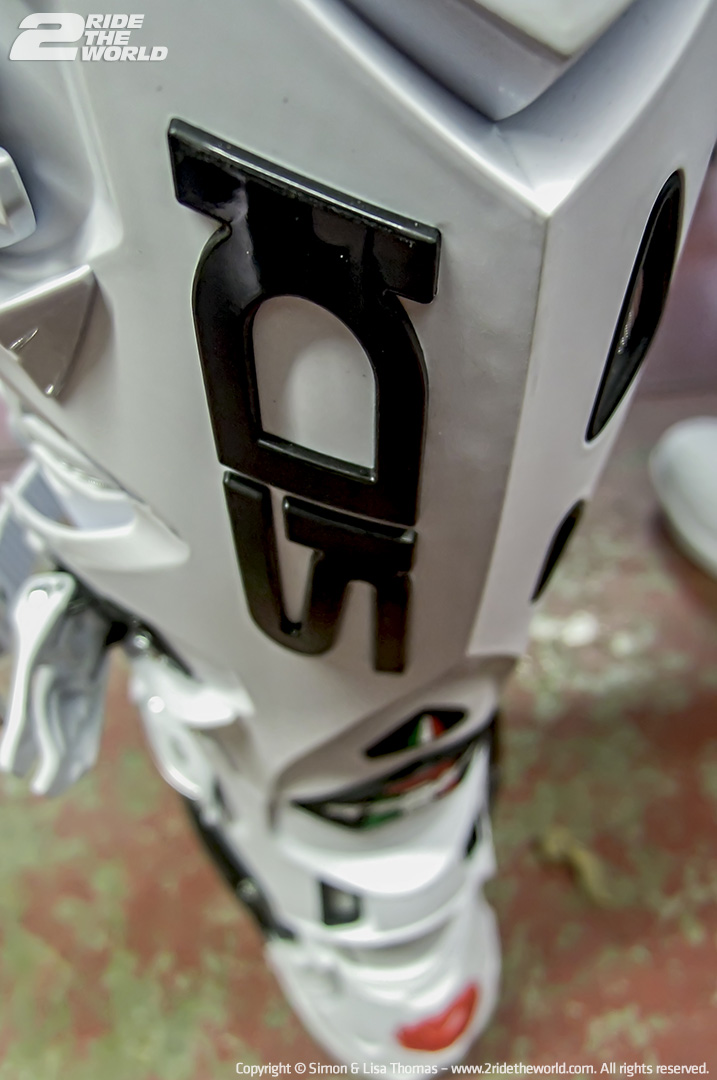 The Sidi is designed (in my opinion) to fit normal to narrower feet, which also means that the toe box is thinner than the boots of old. One huge benefit here is I can reach under the gear shifter with my foot for accurate controlled changes, instead of having to simply ‘snag’ the gear lever with the outside of my boot. This is a very welcome change to my riding style.

Our boots take a daily beating and having to replace an entire boot because one or two elements have worn out was always frustrating. Again, Sidi have addressed this issue. The entire boot leg is assembled with screws not stitches, which means it can be easily replaced, as can the sole of the boot along with an array of other boot elements, from the legendary buckles, to the foot peg guard on the inside of both boots. 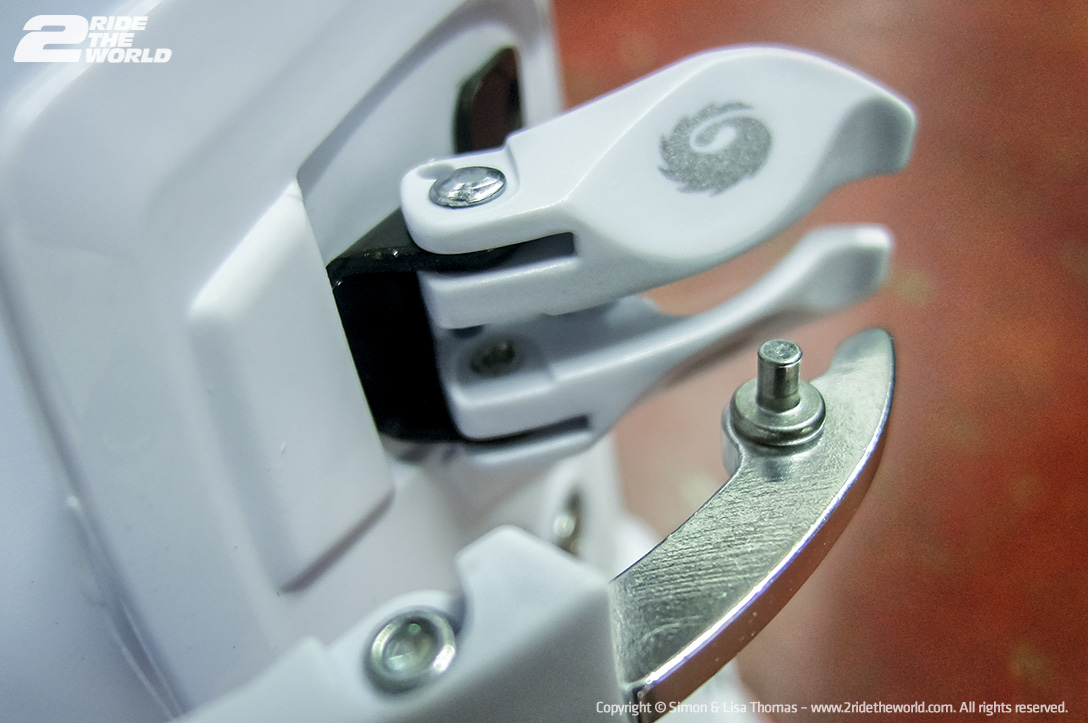 Of all the new features of the CrossFire 3’s the articulated ankle is at the top of my favourite list. As a rider, being able to comfortably walk around and explore my days destination is crucial. The articulated ankle makes walking a breeze and negates that uncomfortable ‘breaking-in’ period like normal MX boots. Like an old pair of friends, the CrossFire 3's fitted straight well, from the moment I slipped them on and allowed me to move with a full range of motion and have never impeded my mobility like the old leather MX boots of yesteryear.

After just a few short months in my Sidi Cross Fire 3’s I can finally see what all the fuss has been about, and at last understand why, the CrossFire series boot has gained such a loyal and enthusiastic fan base. With the launch of the CrossFire 3’s Sidi has guaranteed it’s continued success and set a new standard, which will be hard to beat.

Well thought through, well designed and perfectly constructed. The CrossFire 3 is the real deal.