We were up and out the door of the Casa de particular by 7:00am. We’d spotted a great little café last night. The doors of the café were open on both sides. Inside it looked spartan and derelict in that special Cuban kind of way. Sat at the worn, once red, curved café bar we ordered two coffee’s. 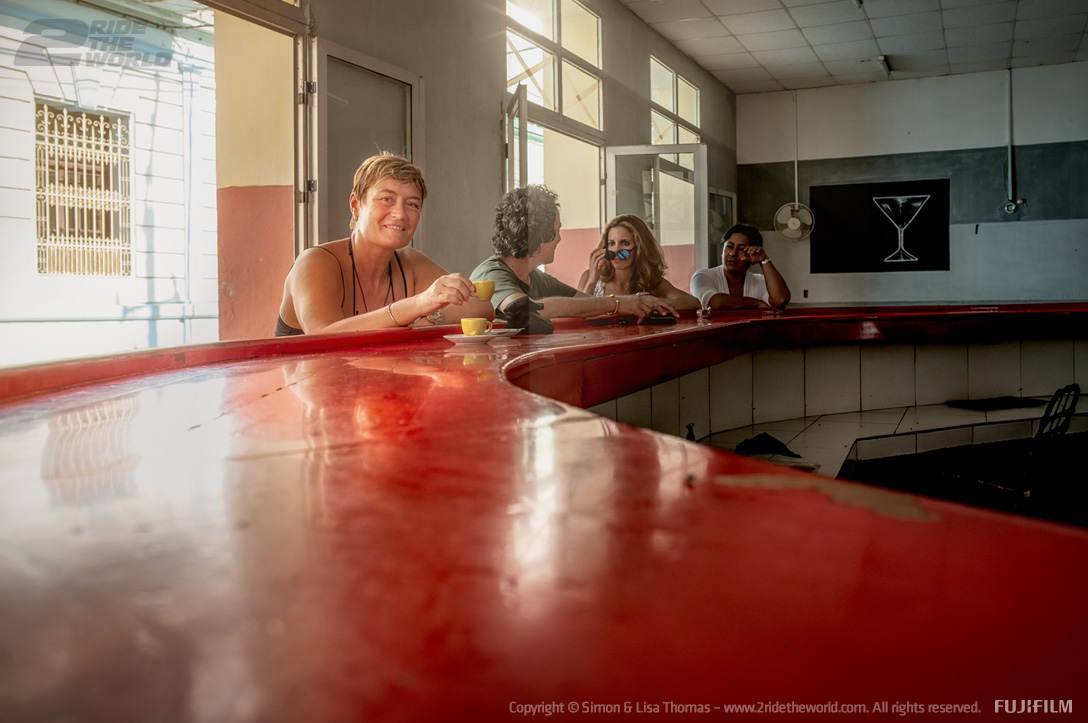 Yep, “dos café’s por favour”. That’s all we said, and all we needed. Buttons were pressed, steam hissed and coffee dripped into two small coffee cups and seconds later they were presented. There was no caramel, frappe, machio-latte-frappachino’easque nonsense. I could have tried, but it would have meant nada!

So, here’s the deal with Cuba, the Ron (rum) is great, but the coffee is fabulous.

We sipped on the two small cups like it was liquid black gold, with a teaspoon of sugar in each. The flavour is rich, sweet, dark and delicious.

We sat for half an hour and watched locals drop in, sip on the liquid caffeine, hug, squeeze and kiss their friends, before leaving to start their day. 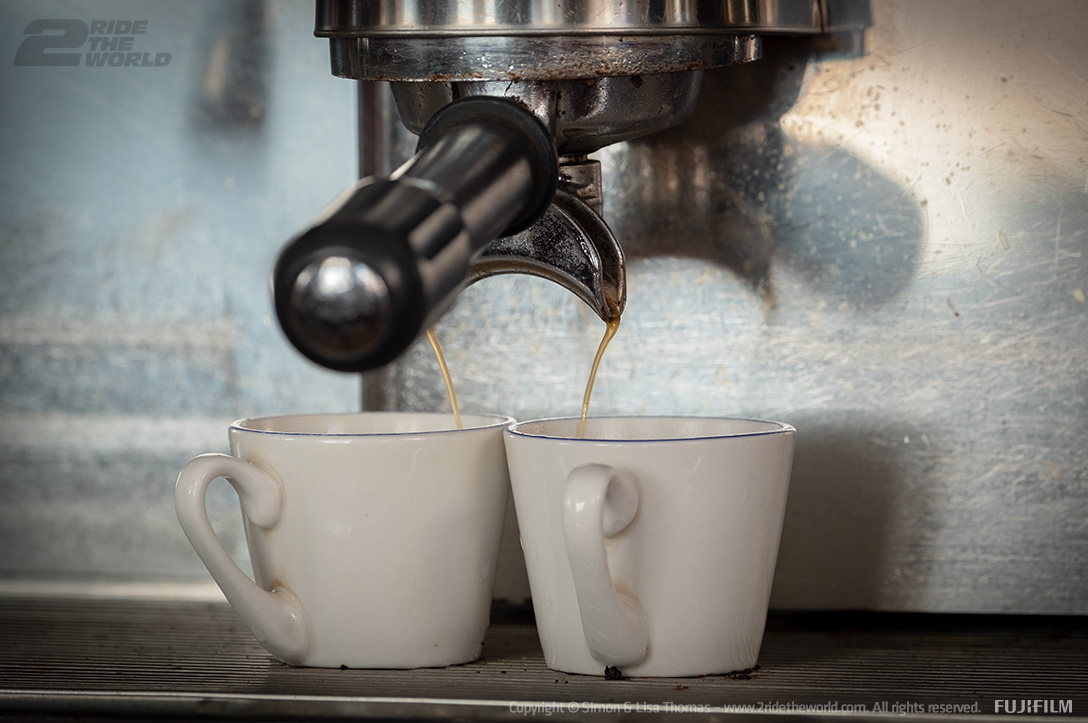 I asked how much and was confused by the answer. I’d heard 480 pesos (Cuban national currency). I handed over 50 pesos national, which is the equivalent of $2 and waited, expecting her to ask for more. Instead, what I received was 45 pesos in change. We’d had four delicious coffee’s for 5 CUP (that’s 20 US cents or 5 cents per cup). Funny, the more time I spend in Cuba the more I love it!

Two blocks down from the café and we were in the Parque Ignacio Agramote. With a few inquiries made as to where we could buy a wifi access card, we were soon approached by a older guy in a blue overall, who leant towards me and whispered his question, like I was buying a kilo of heroin, “you want wifi?” 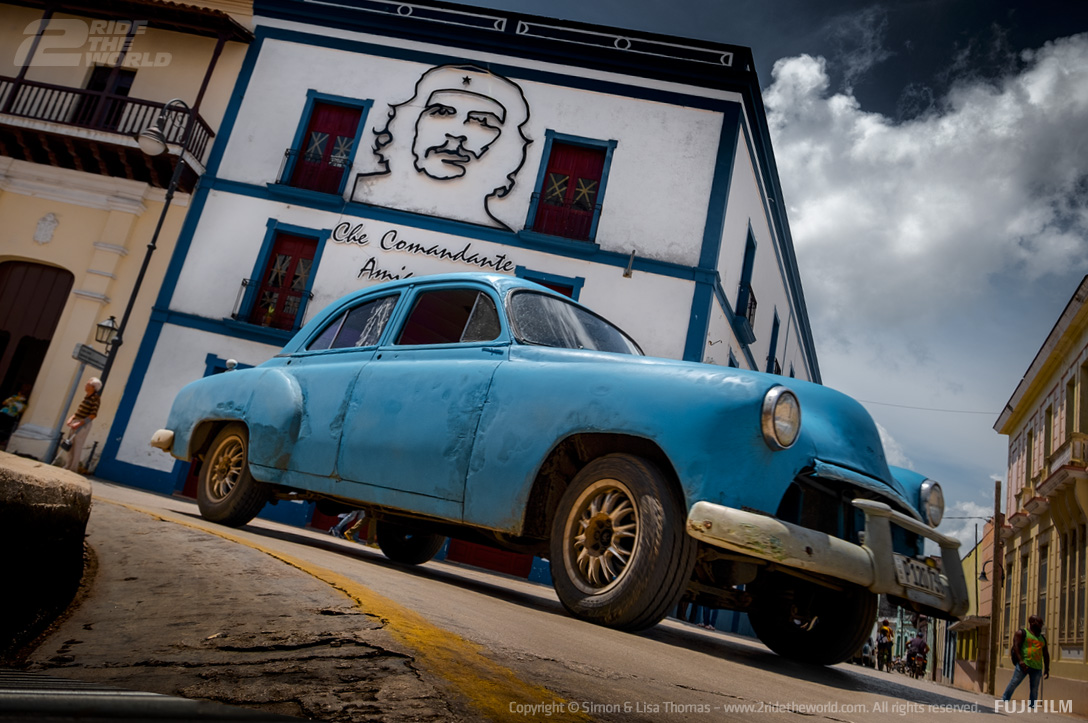 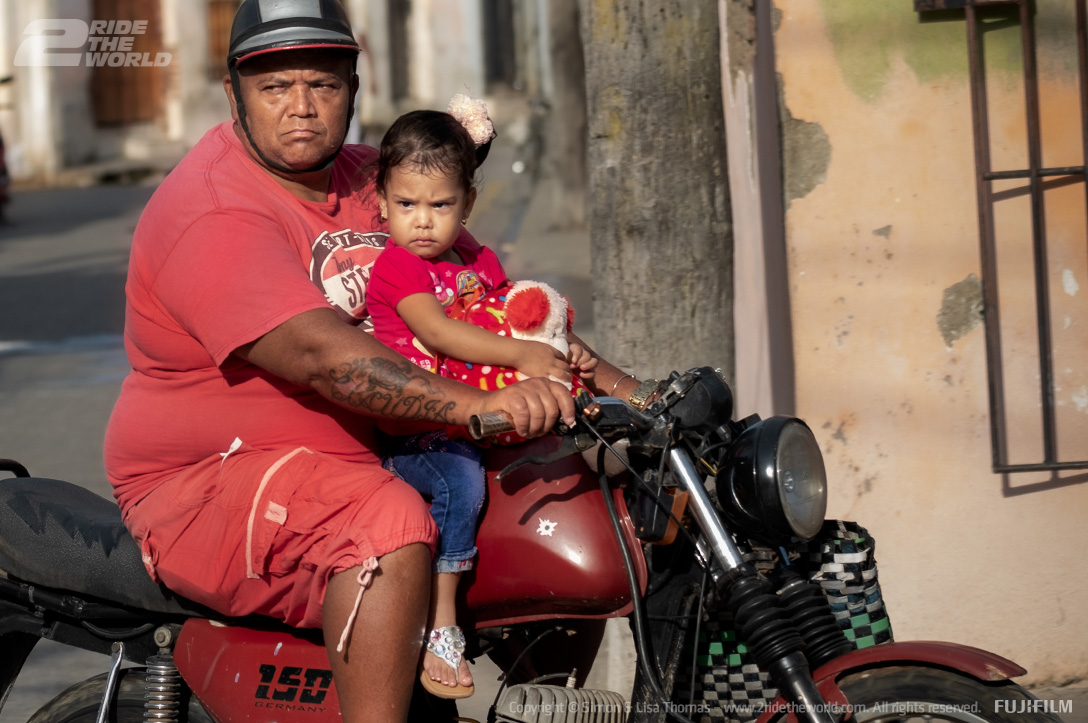 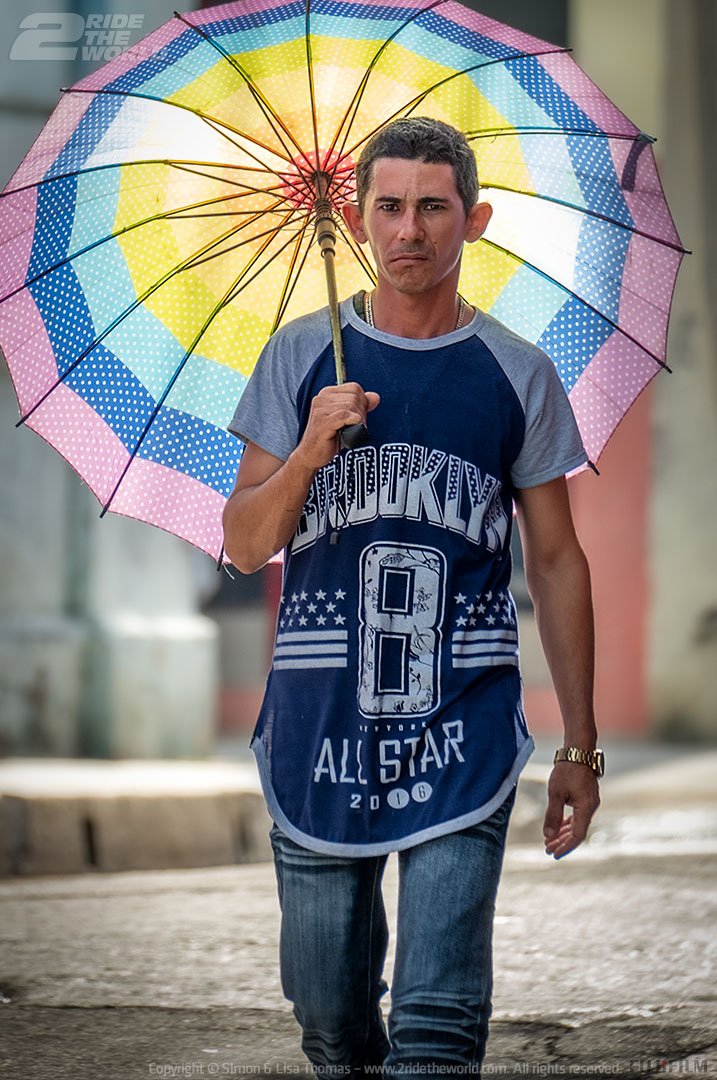 The wifi cards here are one CUC ($1) buying them from vendors will cost 2 cuc ($2) because they want to make some money (we don’t mind). With card and key in hand, Lisa logged on and held her breath as the emails came flooding into her phone. You have 320 new emails, blurted the screen statement…shit!

For the next hour we deleted the crap, moved past anything that wasn’t urgent and even celebrated a few of the emails. The one from John over at Ayres Adventures confirming that four more bookings had been made for our first African Tour was cause for celebration.

Watching life here in Cuba is fascinating for all that is familiar, as much as it is different. 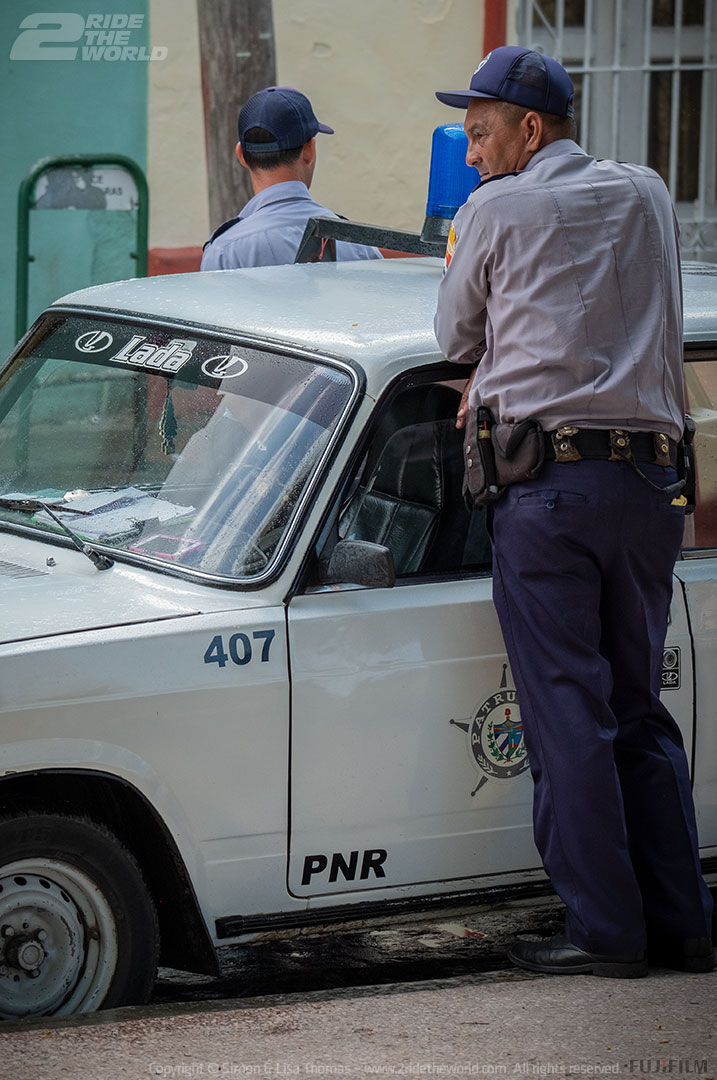 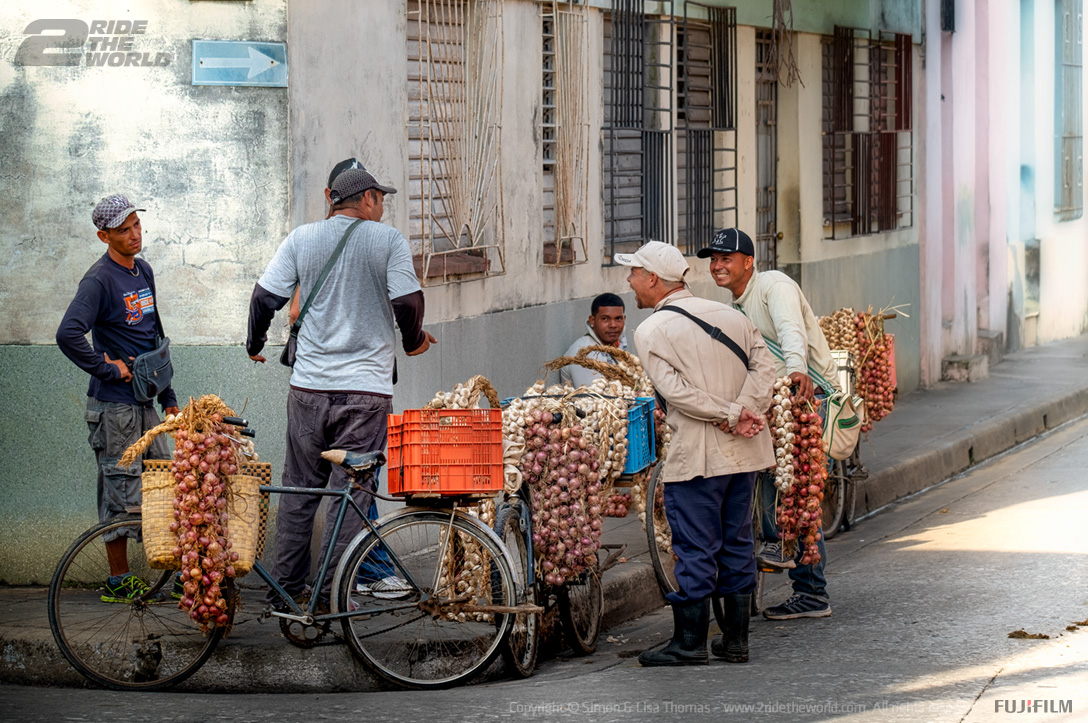 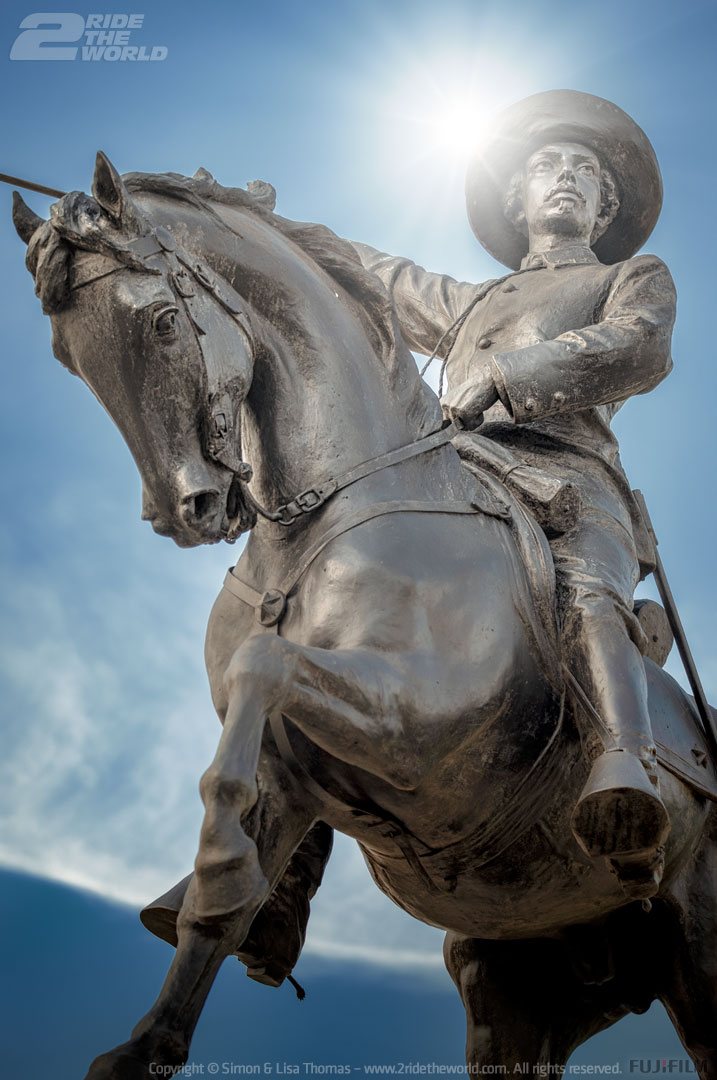 Men, postulate on the corner of each block, as they huddle in groups, raising the occasional nod of acknowledgement or a waive of a hand to passing friends. Bling here is big! Gold necklaces worn with oversized branded (fake) watches are all the rage and are used to announce supposed prosperity.

We spent the day, soaking up all we could in this non-touristy city, although it’s worth mentioning that we were approached by more touts and beggars than we were in Havana.

We spent this evening in our favourite bar, Las Ruines (the Ruins), a simple bar built into the corner of a derelict set of brick walls. With great mojitos, simple finger food and great conversation with the staff about life, football (soccer) travel and politics, it was the perfect way to spend our last night in Camaguey, or ‘spunk-bed’ as Lisa had named it on the ride in. If you’re mind is warped enough you’ll get it!

Tomorrow we’ll start our ride over to Baracoa!