The day was already hot as morning broke. After a quick shower we found Diego in the kitchen sorting out breakfast. Bread rolls, cereal and orange juice. We thanked him profusely and tucked in. Diego left for work as we headed off into Warsaw on the bus. The bus stop was practically in front of his apartment and dropped us off in the heart of the city. It couldn't have been any easier!

Being the heathen that I (Simon) am, and with the day getting hotter and hotter I dragged Lisa to the Cinema. It was 10:20 am and we had a date with a large green man with a temper. The HULK in Warsaw: Totally bizarre. The movie house was in itself amazing as it was an old soviet ministry building which had been converted. The cool air-conditioned building was a luxury after weeks of scorching weather.

Back outside and with Bruce Banner now condemned to a life of continuously ripping his wardrobe to shreds, we headed off to see more of the city. Our next stop was slightly more bizarre than our first as Lisa quickly dived into a large shop frontage on one of Warsaw’s largest and busiest streets. We quickly found the interior strangely familiar.....Marks & Spencer’s had arrived in Warsaw! With a huge variety of tea’s being offered in the newly finished bar, this place was trying hard and succeeding in being more English than any shop or tearoom at home. After our brief encounter with culture yesterday we thought we’d continue in the same vain and enjoyed Warsaw’s finest Earl grey and of course, the much needed, air-conditioning. 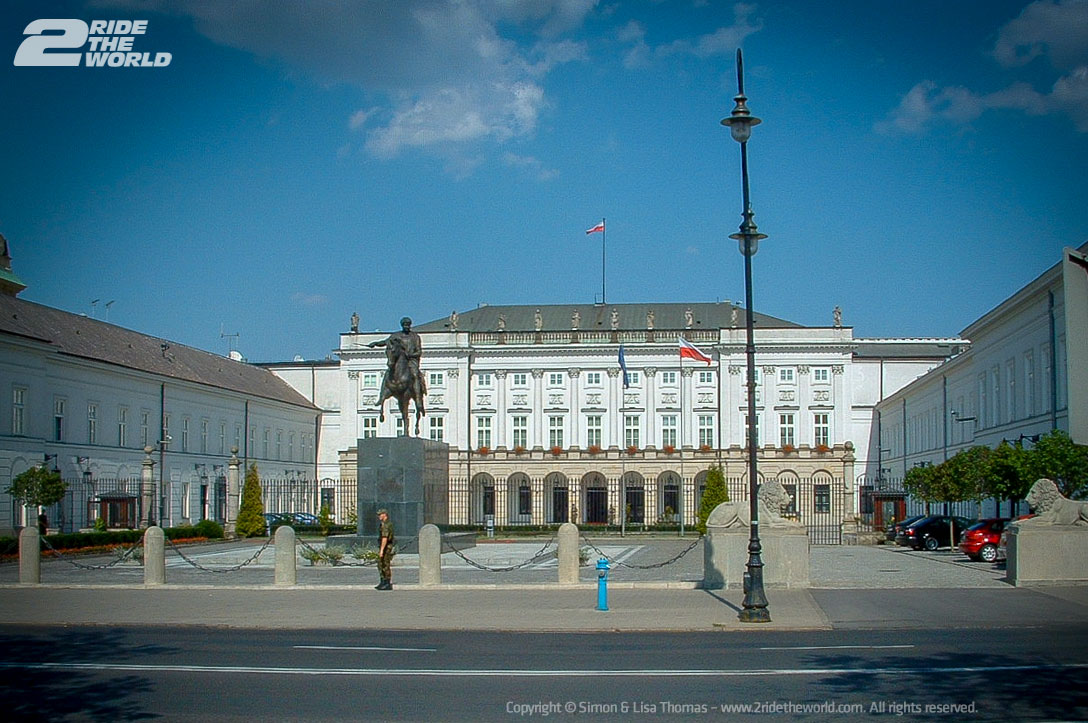 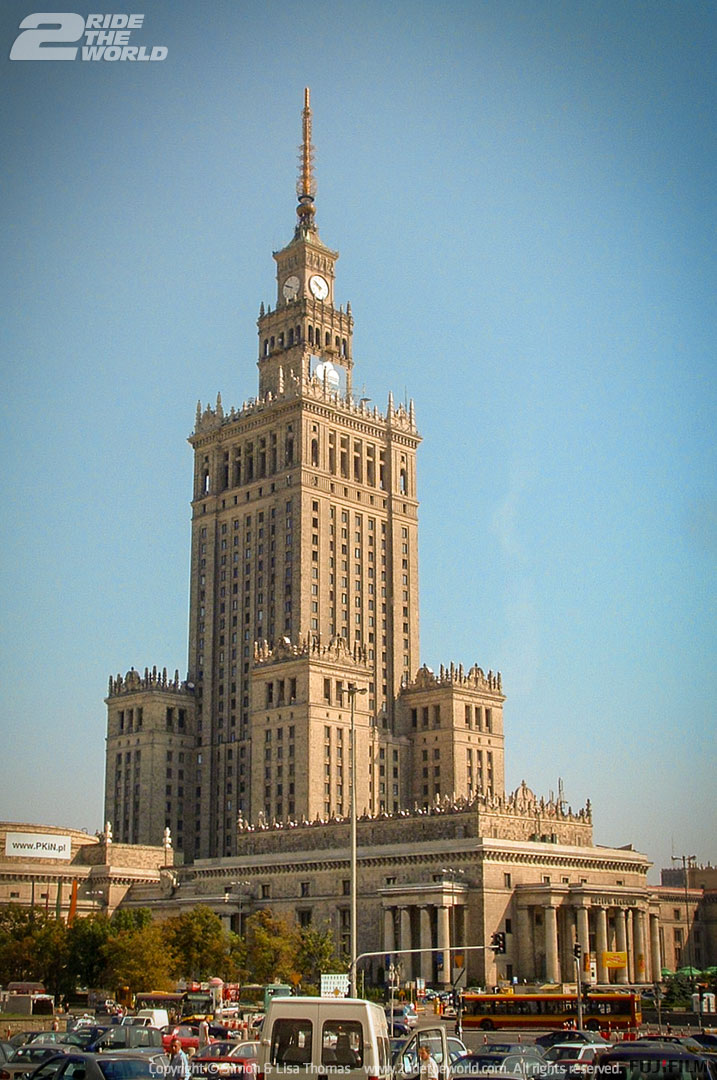 Warsaw is an amazing city. It was almost completely obliterated by German bombing during the War. 85% of the buildings in Warsaw were destroyed including the historic Old Town and the Royal Castle. It was almost immediately rebuilt by the Russians following victory. ‘Old Town’ and ‘New Town’ are in fact both relatively new, although the architecture would suggest otherwise. When the rebuilding commenced, old plans of the city were reused to reconstruct the city as closely as possible to the original. The place is now like many other large cities and yet still manages to retain a relaxed atmosphere, which sits quite comfortably alongside its rich and sometimes sad history.

Ultimately, Warsaw’s very existence is testament to its peoples will to overcome tremendous odds and hardship. We returned once again to the ‘Old Town’ for dinner, meeting Jessica and Diego once more. The prices are ludicrously cheap and the food exceptionally tasty. Starters, main courses, drinks and dessert for 3 came to £16. The evening finished late and we said our goodbyes to Jessica as we headed back to Diego’s.