Next stop Belfast. Well we didn’t actually stop in Belfast today- just went by it. However we have to come back tomorrow for our ‘interview’ at the American Consulate. We decided to go north of the city as we wanted to visit Giants Causeway – we both kept on calling it Cribbs Causeway by mistake, which is weird because Cribbs is a large retail park on the outskirts of Bristol – word association doesn’t always work they way you want it to! 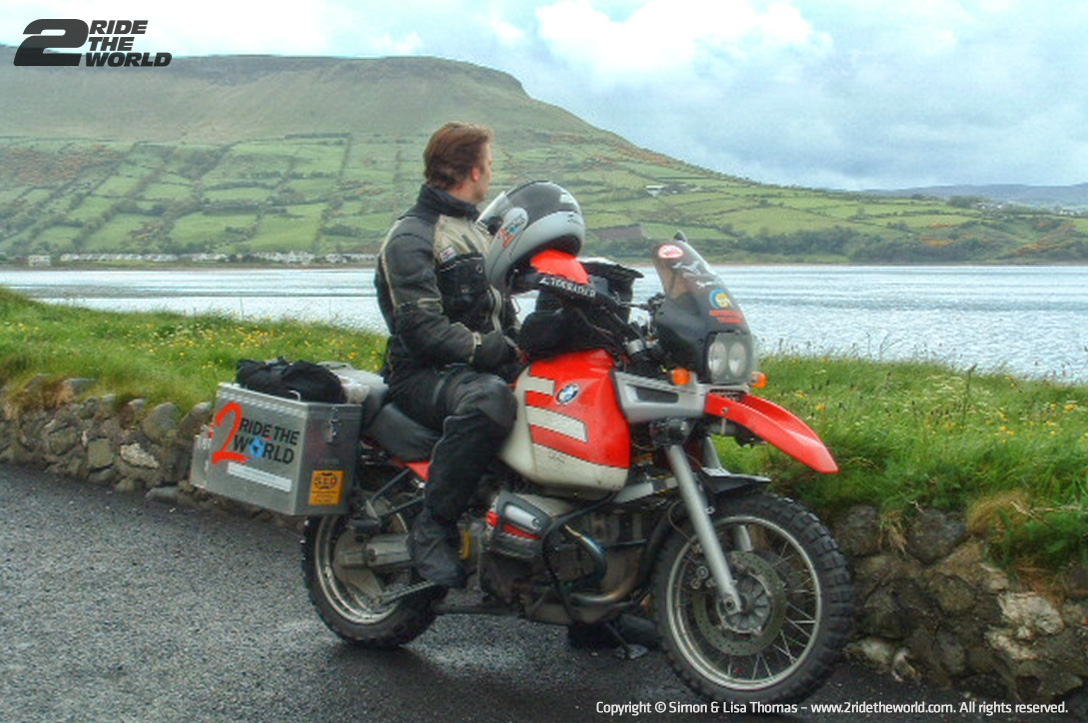 After a full days riding, once again in the pouring rain (at least we have managed to thoroughly test our riding kit —and its great) we stopped in Glenariff Forest Park. OK, it wasn't quite what we were expecting. Having been advertised as a 'Caravan Club' site we thought for the prices they were charging it should be quite good. Nope!

Some of you may ask “why the caravan club?” Well as we needed to leave all our stuff and go into Belfast for the day we needed a secure site, but this wasn’t going to be it! Not particularly happy we put up the tent and Simon then went in search of beer. After having organised everything- tent up, bikes unloaded – he came back and said we were moving!

As you might imagine – I was not very happy with this decision! Simon however kept on saying “trust me”...”it’ll be worth it” I hate to say it -but he was right! After a glorious 7 min trip down the mountain, passing numerous waterfalls, some of which tumbled right down onto the road, we came to the small quayside town of Watersfoot. Once again the campsite was right on the beach and the view was spectacular. We were the only tent there. 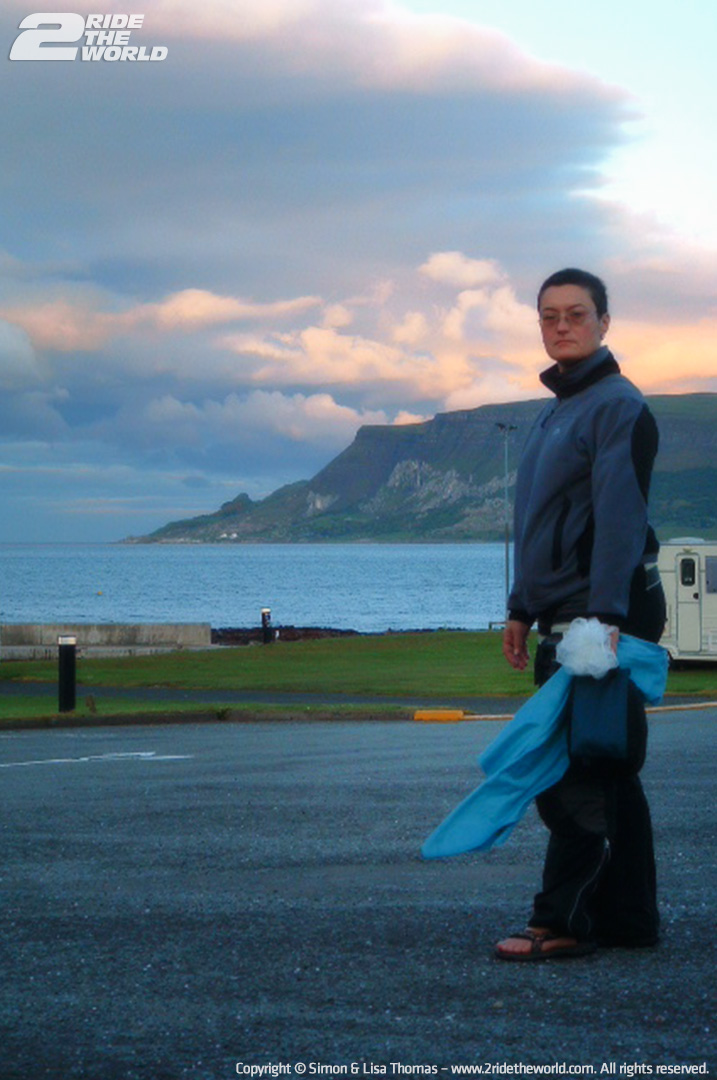 Aahhhh, the wonders of FREE unlimited hot showers were just one of the facilities we enjoyed. We walked into the town of Watersfoot with one purpose in mind – Simon was to have a taste of his first ever Guinness!!

Famous for its support of hurling, the pub had pictures of past and present ‘hurlers’ – is that the right term? Not to be confused with the National sport which takes place most Friday evenings outside the local night clubs around the country, having been proceeded by, a dozen or so beers, a dodgy curry at ‘The Spice Cottage’ and an evening of energetic boogying accompanied by copious amounts of exotic sounding mixers served in a variety of colours. Surprisingly, Simon was hooked after his first sip of Guinness – however, I warned him that this was nothing like we get at home.